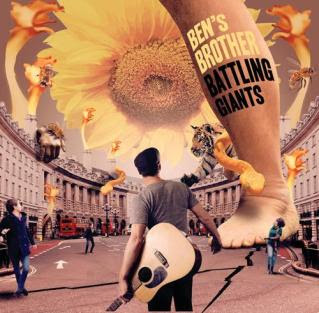 Brilliant band Ben’s Brother have teamed up with Anastcia on their forthcoming single ‘Stalemate’, scheduled for release on 26th October 2009. The original album version features Joss Stone on vocals but her label EMI blocked the release, so, Anastacia will replace her on the single release.

Anastacia says, “I loved the song the moment I heard it and have been thrilled to add my vocals and have the opportunity to work with Jamie.”

The track is the third single taken from the band’s second album ‘Battling Giants’, which was released in May. The album’s lead single ‘Apologise’, was co-written with Natalie Imbruglia. The second single ‘Questions And Answers’, was released in August and featured an inspired b-side cover of GaGa’s hit, ‘Poker Face’.

Ivor Novello nominated frontman, Jamie Hartman is responsible for a number of hits, co-writing songs with the likes of Will Young, Emma Bunton, Lemar, Beverley Knight and N-Dubz.

‘Stalemate’ is expected to be released to radio next week with a video appearing shortly.