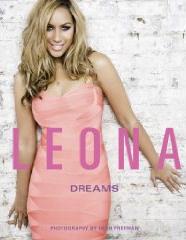 First, there was news of Leona Lewis’ new album ‘Echo’, it has been confirmed that the first single from the album will be called ‘Happy’.

The new track is available in the UK from 8th November 2009 and will receive it’s first exclusive play on Radio 1’s Chart Show with Fearne and Reggie (worst luck) THIS Sunday, the 6th September 2009.

Leona will also release her first book entitled ‘Dreams’ on 13th October 2009. It will be a picture book featuring Leona’s story, journeying from her childhood in Hackney to worldwide stardom. ‘Dreams‘ is available to pre-order from all good bookstores right now!!!