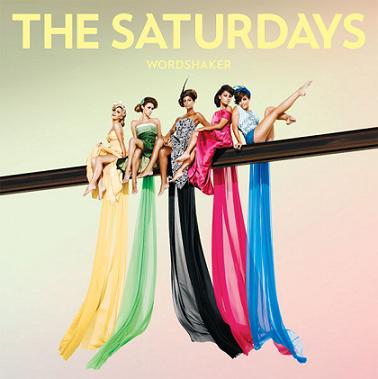 The second album by The Saturdays will be titled ‘Wordshaker’ and the artwork looks something like this… (well exactly like this in fact!)

The album is released on 12th October and features 12 tracks including the new single ‘Forever Is Over’, plus the songs ‘Wordshaker’ and ‘One Shot’ that were previewed during ‘The Work Tour’ earlier this year. Also, fans will note that the song ‘Not Good Enough’ leaked last year and can be heard on YouTube! Exciting times ahead Saturdays fans… you can listen to 30 second clips of each track at Amazon by clicking here.