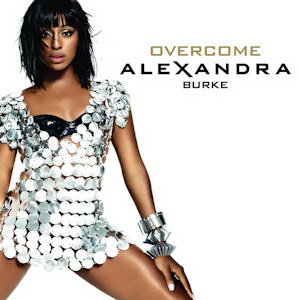 It has nearly been a year since Alexandra Burke won The X-Factor and she has spent most of that time recording her debut album ‘Overcome’ which, was released this week. The album’s first single ‘Bad Boys’ is currently sitting pretty at the top of the UK singles chart but is the album any good?

First things first, it’s mostly a fun and upbeat album and features tracks written by or produced by the likes of Ne-Yo, Pixie Lott, Stargate and Red One – an impressive line-up! Thankfully, it’s not like the typical talent show ‘winners’ album and it’s Alexandra’s personality and likeability that carry this album.

Stand-out tracks include the haunting sounds on ‘The Silence’.  The massive club bangers of ‘All Night Long’, ‘Broken Heels’, ‘Dumb’ and ‘Nothing But The Girl’ are all worthy single choices. Title track ‘Overcome’ is a big ballad with a huge chorus. The iTunes bonus track ‘It’s Over’ should have had a place on the physical album – it’s better than the retro sounding track ‘Bury Me (6 Feet Under)’ and ‘Hallelujah’

We suggest giving it a go… the choruses on this  album are a real triumph, it’s mostly upbeat which works well and Alexandra sounds confident but most importantly like she’s enjoying herself and having fun. Good work Burke!