A look at the chart action from Sunday! 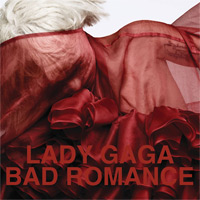 The Facebook campaign to get Rage Against The Machine to the Christmas number 1 position has triumphed. ‘Killing In The Name’ is the official Christmas number 1 single for 2009 and becomes the first download only Christmas number 1 and breaks a record for the biggest one week download sales, raking up over 500,000 sales. X-Factor winner Joe McElderry shoots into the number 2 position selling over 450,000 copies of ‘The Climb’. Whilst, Lady GaGa slips to number 3 with ‘Bad Romance’. 3OH!3 featuring Katy Perry score a new entry at number 5 with ‘Starstrukk’.

Elsewhere, The X-Factor performances during the final last weekend help George Michael to enter at number 14 with ‘December Song’ and Leona Lewis to enter at number 29 with ‘Stop Crying Your Heart Out’. Alexandra Burke debuts at number 36 with ‘Broken Heels’… three weeks before its official release.

The perils of releasing a single one week before Christmas is felt by Mini Viva, who debut at number 73 with their brilliantly fantastic second single ‘I Wish’. As well as Shakira who’s single ‘Did It Again’ was released officially last Monday but stalls at number 54. Susan Boyle continues to dominate the album chart and spends a fourth week at the top spot with ‘I Dreamed A Dream’, Michael Bublé climbs to number 2 with ‘Crazy Love’ and The Black Eyed Peas climb again to number 3 with ‘The E.N.D’.

The Top 10 albums for Christmas looks something like this…

Elsewhere, Alicia Keys is the only new entry inside the Top 20 this week and debuts at number 17 with ‘The Element Of Freedom’.

In the most up-to-date chart, Rich and Kat announced that Rage Against The Machine are also Christmas number 1 with ‘Killing In The Name’ as it was the most downloaded song from iTunes by 7pm.