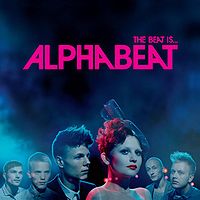 It’s been nearly two years since Alphabeat’s quite good gold selling debut album ‘This Is Alphabeat’ was released. This week, everyone’s favourite Danes, released their new album ‘The Beat Is…’ but is it any good?

Opening track ‘The Beat Is’ is a cheeky number built around affected vocals, beats and sounds – nice! The first single from the album, ‘The Spell’ is a fantastic piece of music with a stunning vocal from Stine. ‘DJ’ is a catchy and infectious piece of upbeat pop with a great instrumental break in the middle. ‘Heart Failure’, ‘Heat Wave’ and ‘Always Up With You’ are all utterly AMAZING early nineties inspired dance orientated tracks with Stine taking the lead vocal and in the process she ‘smashes it’… check out 1:58 on ‘Heat Wave’ – it’s terrific!

‘Q&A’ has an RnB sound which becomes a nice change of pace and style to proceedings – we particularly liked how it drops down to nothing at 2:10 before it is rebuilt again – grreat stuff. It’s not on the CD version BUT you should also buy the iTunes bonus track ‘365 Degrees’ for it’s Culture Beat sounding piano intro alone!

The best thing about ‘The Beat Is…’ is that it has direction, a specific style and sound – it makes sense from start to finish. It’s a beautifully joyous nod to early 90’s dance acts such as Black Box, Corona and Snap and also happens to be simple yet well crafted and cleverly produced. ‘The Beat Is…’ is the perfect pop/dance album for these early sunny Spring days!