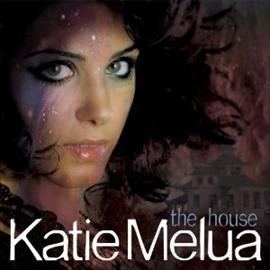 Most people either love or hate Katie Melua – however, there is no denying that she has a widespread, charming appeal and an impressive ability to sell records without having to be controversial or negative about other artists. Her fourth studio album ‘The House’ was released this week… the album is a step forward for Katie, as long term producer Mike Batt has been replaced by William Orbit… so is the album any good?

The hauntingly beautiful opening track ‘I’d Love To Kill You’, is a fragile tale of longing to escape a relationship “I’d love to kill you in your sleep, cause you don’t have power over me”– the arrangement, the tenderness and range within Katie’s vocal and heartfelt lyrics are superb.

The incredibly fantastic lead single ‘The Flood’ is an atmospheric, striking, and deeply powerful statement of the need to accept and embrace change – it’s effortless and supremely addictive. ‘A Happy Pace’ is a jaunty, ethereal sounding song – it’s many layers and hooks are stunning. The lyrics find Katie contemplating the need for peace “I have found that stress and nonsense puts me in zone of avoidance”, whilst the delivery of the song feels almost like a chant or mantra.

‘A Moment Of Madness’ is an over-the-top theatrical sounding tale of desire and obsession, the way in which Katie sings “it’s a moment of madness” is captivating. ‘Red Balloons’ is a pretty, slow burning bluesy sounding number – it’s soothing and peaceful. The chorus is particularly wonderful as Katie conveys great emotion and gentleness “the sky is full of red balloons, red balloons are full of broken hearts, broken hearts are floating by in chance, will they burst or drift into arms”.

‘No Fear Of Heights’ is another stunningly beautiful track, it’s a delicate lament of giving so much in love that you have no fear of losing it all – it’s simple and completely delicious. Katie goes from great love to losing it as she delivers a broken and pained vocal on ‘The One I Love Is Gone’ before producing an upbeat and quirky track called ‘The Plague Of Love’. Sequentially, this set of songs demonstrates the highs and lows within relationships very well.

There are many many highlights on ‘The House’ – it’s an album that can be listened to in it’s entirety, it never becomes dull or boring… instead, it’s glorious, expertly crafted with many surprising twists and turns along the way. It is an album of risks for Katie… it shows growth, maturity and a sense of being in control, coupled with her singing, writing and instrument playing – it makes for a brilliantly rich, diverse sounding and ultimately thoroughly enjoyable album.