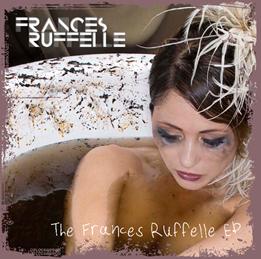 The Frances Ruffelle website has been fully updated and is packed with loads of glorious information about Frances’ forthcoming projects – HURRAH, HURRAH and HURRAH!!!

Firstly, on July 26th, Frances will release ‘The Frances Ruffelle EP’. It will be released digitally and will include the songs
1. Lucky Day
2. Love Me For What I Am
3. It’s Alright With Me
4. Alabama Song

During August, Frances will be performing her awesome show ‘Beneath The Dress’ at the Edinburgh Festival. You can buy tickets here.

On 13th September, Frances’ three previous and all very AMAZING albums ‘Fragile’, ‘Frances Ruffelle’ and ‘Showgirl’ will be re-released digitally.

Also, in 2005 Frances teamed up with Sam Boner under the group name paTala. Their stunningly good album ‘Purify’ will be re-released digitally on September 27th!

In November will play Angelique in the piece ‘Songs From The Hotel Bedroom’ which will be performed in Watford, Ipswich and London’s Royal Opera House.