BIG giant congratulations to Eliza Doolittle, ‘Pack Up’ reached number 12 on the official UK Top 40 and number 8 on The Big Top 40 Show with Rich Clarke and Kat Shoob! 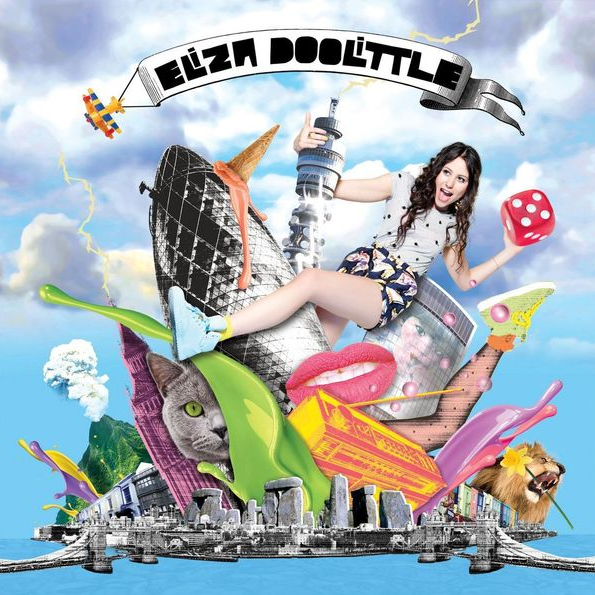 Eliza’s self-titled debut album is released TODAY – HUZZZZZZAH! We were never going to be able to be objective when reviewing the album but even a total moron would find it hard to deny that it is fantastically brilliantly awesomely ace! It’s perfect pop music… it has a little bit of everything, varying styles are embraced and each song is memorable and delivered with style and panache. Eliza sounds gorgeous throughout the thirteen tracks – each song is a winner… from the glorious opener ‘Moneybox’, to the sing-a-long-ness of ‘Mr Medicine’ and ‘Missing’ through to the breezy and whistle-inducing ‘Back To Front’… in short, it’s one deliciously marvellous debut album!

We’ve scoured the internet to find the best prices, which are correct for today (12th July 2010).

The album is available to download from iTunes here for £5.99. If you had previously bought the ‘Eliza Doolittle EP’ or any of the singles from iTunes you can choose to ‘Complete My Album’ and it will be even cheaper! It also includes both music videos for the singles.

WHERE TO BUY THE PYHSICAL CD ONLINE:

Play are offering limited exclusive signed copies of the album – you can get one here currently for £7.99.

WHEREVER AND HOWEVER, MAKE SURE YOU BUY YOUR COPY OF THIS TRULY FANTASTIC ALBUM!!!