On Monday night, we went to see the very fantastic and amazing Eliza Doolittle on the last date of her sold-out first headline tour at Bush Hall in West London. 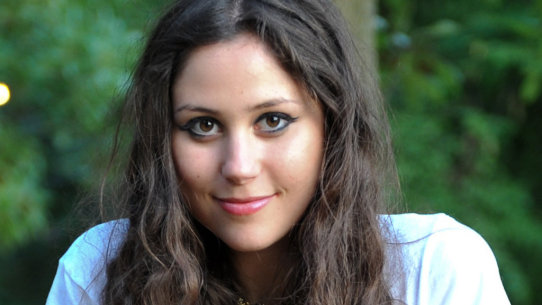 Support act Tinashé deserves a special mention… his big, bold and bright songs shone, his vocals impressive and his musicality even more so! His debut album ‘Saved’ is available now.

Even though it was the sixth time we’ve seen Eliza this year, she still managed to be phenomenally incredible and captivating. Her vocals are stunningly gorgeous – showcasing such power across her huge range, the human trombone she executed during ‘Police Car’ was genius. Her stage presence is commanding and her band of boys are exceptionally gifted musicians.

The setlist consisted of twelve of the thirteen album tracks (excluding ‘Empty Hand’) alongside two cover versions: Cee-Lo Green’s ‘F**k You’ and Labrinth’s ‘Let The Sun Shine’ – both of which were magnificent. Highlights included a spellbinding opening performance of ‘Missing’, a terrific version of ‘Back To Front’, a gorgeous rendition of ‘Rollerblades’ and a full on, energetic performance of ‘Pack Up’ alongside vocalist Lloyd Wade.

A triumphant evening of hugely awesome music shared with a passionate and loyal audience – a marvellous combination!