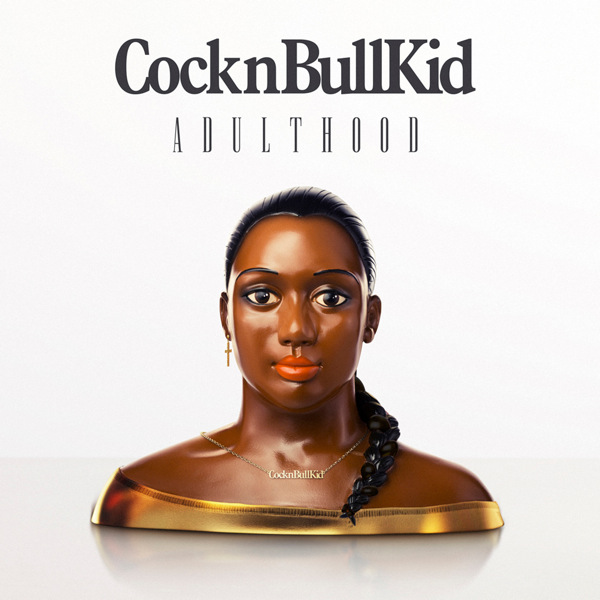 The album as a whole is really rather splendid. It feels and sounds like a proper album containing a cohesive collection of songs that explore similar themes and ideas whilst transporting you on a magical twelve step journey. The tracks work so well because they are woven together with intriguing lyrical ideas and concepts that are united with fantastic production.

The album’s title track and opening number ‘Adulthood’ is a gloriously sparse bass and piano drive track that asks the overarching question of the album, “is this really it?”. The fact that it is a Tobias Fröberg co-write, also happens to make it a little bit more irresistible as well.

Other highlight’s on the album includes the fantastically brilliant ‘Hold On To Your Misery’, which is still a massive sounding number full of unusual but realistic wisdom “what more am I owed but certain death, it seems there’s nothing more and there’s nothing less”. The track also has a cracking video – watch it here.

The forthcoming single ‘Yellow’ is a big giant pop song complete with rousing chorus. The song has a wonderfully melancholic lyric and tone which is in stark contrast to the bright upbeat sound… it’s pop perfection! Another slice of stunningly great pop is served in the shape of ‘Distractions’, which is a Shaznay Lewis co-write and Future Cut production. The track could easily be a tale of angst, pity and regret but the instead the maturity and cleverness within the lyric helps to show a refreshing way of considering the troubles relationships can face… “one roof – 2 separate truths and a multitude of other issues”.

‘Asthma Attack’ is the current single and is a terrific ode to the wonderful city of London. Once again the lyric lifts and elevates it to become more than a song about a city… “just like adolesence – nothing makes sense, nothing stays the same – when all my feelings change, day-by-day”.

The video is also rather ace too…

We had this track blasting on the stereo the other day, when a relatively well known national radio presenter walked in and asked “is this The Corrs?”… what a f*cking dick!!!

Anyway, ‘The Hoarder’ is utterly sublime, the lyric of the chorus “scared of change but afraid to stay the same” gets us everytime. As well as the bridge “the past makes you what you are, so i’ll wear it like a battle scar, save it like pennies in a money jar, let go of what you used to know”. Universal truths on a pop record – practically unheard of BUT the world needs more of this!!!

‘Adulthood’ is a stunning debut album, we’ve listened to it in FULL from start to finish at least once every day since Monday, which is practically unheard of! It’s an instant album that gets better with the more time you dedicate to it… PLUS it helps if you really listen to what is on offer. Without sounding like a bunch of twats, the album has actually helped us to feel optimistic again. It has lifted and brightened these recent days and we are therefore thankful to Anita for allowing us to share her thoughts about her journey to adulthood.

The album is also rather great because the album booklet contains lyrics and some rather excellent photography PLUS a picture of Anita with Mr Motivator!!!

A digital deluxe edition of the album featuring three bonus tracks and the three video’s is available from iTunes here. You can also buy a copy of the album at HMV, Amazon or Play by clicking on the store name. It is also available from all other good record stores too!