Last night, fantastical pop newcomers Karmin played their first UK live date at the legendary venue The Borderline in central London.  The last time we were there, it was to see the incomparable Kelly Clarkson – no pressure guys!!! 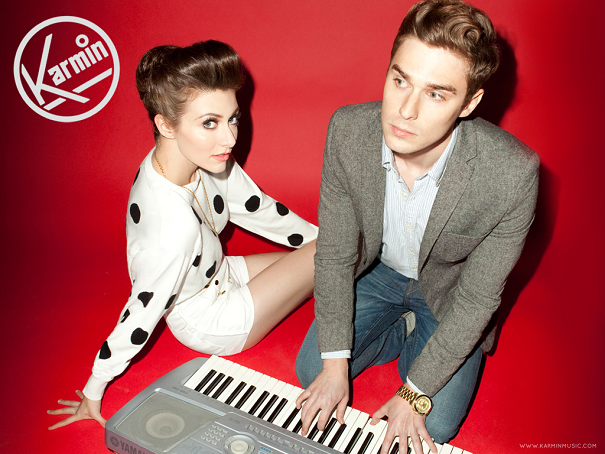 Let’s set the scene… Karmin are duo Amy and Nick, who met whilst attending music college in Boston, Massachusetts. They originally caught our attention here at Pop Cart when they began posting videos of themselves performing cover versions of well-known popular songs. The range and depth of their choices was impressive to us – taking on both classics and current pop tracks BUT importantly delivering them with style, panache and absolute authority – you simply MUST check out their version of TLC’s classic hit ‘No Scrubs’, which features an original verse from Amy – glorious!

There are a slew of artists that simply release covers at the moment but it takes something unique and special to rise beyond that emerging and developing genre – Karmin proved that they were more than a tribute act after being signed to Epic Records to release an album of original material. 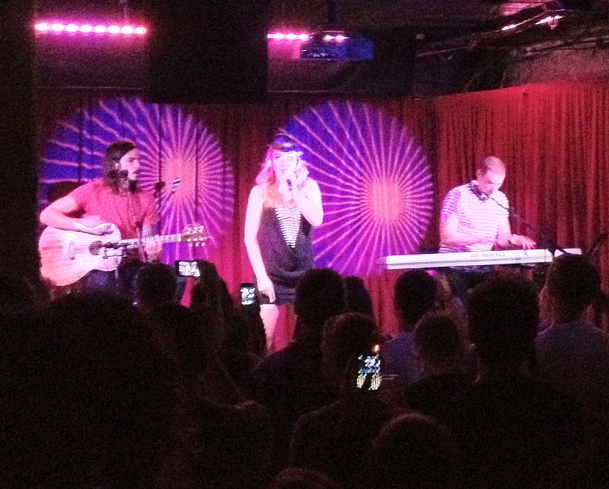 So, what are Karmin like in a live setting? Considering they were playing their first live UK show, a stripped back affair with keys and acoustic guitar there was nothing safe or dull about their performance. Bounding on stage with great gusto and energy, Amy and Nick power blasted their way through a selection of the tracks that make up their debut album ‘Hello’ (to be released on 6th August here in the UK) Kicking off the set with the debut US single ‘Crash Your Party’, before thundering through ‘Told You So’, Amy and Nick (along with Zack on acoustic guitar) showcased their quirky style, impressive presentation and infectious likable personalities perfectly.

Tracks such as ‘Hello’ and ‘I’m Just Sayin’’ demonstrated Nick and Amy’s ability to write great pop songs with big giant choruses and radio friendly, sing-a-long hooks and melodies – the songs felt instantly catchy and familiar which is testament to the cleverly structured songwriting and arrangements. The unique and interesting aspect to Karmin is Amy’s delivery, she sings really well but also spits and rhymes like the best of them. Also, the blend of styles (singing to rapping, the mix of male to female vocal) was definitely refreshing, it kept the audience guessing, never knowing what was coming next; often what did come was unexpected but ultimately completely brilliant.

The duo played a couple of covers in the shape of ‘Look At Me Now’ by Chris Brown featuring Lil Wayne & Busta Rhymes and ‘Superbass’ by Nicki Minaj – Amy’s timing and delivery on the Busta Rhymes verse was impeccable and stunningly faultless. Huge beams spread across the faces of the crowd watching.

Other album tracks such as ‘Too Many Fish’ and ‘Walking On The Moon’ were well received. They both, in fact cemented and showed how the duo have crafted an album that is a shining example of superb pop music. Rounding off their set with their debut UK release ‘Brokenhearted’ (out Sunday 22nd July here in the UK), it was clear that Karmin are absolutely and certainly ones to watch as they take over and dominate a new wave of pop artists. The strength in their material was outstanding and during their set, Karmin proved that they are naturally gifted and talented musicians  – it felt exciting to watch the pair live out their dreams onstage. They clearly LOVE the live arena and they excelled at putting on a show that was engaging, hugely entertaining and enormous fun.

You can listen to tracks from their forthcoming album by clicking here. You should also check out Karmin’s YouTube channel for more of their fantastic covers, do so by clicking here