Former Danity Kane and Diddy-Dirty Money songstress extraordinaire Dawn Richard is taking command of centre stage in 2013 with the release of her debut solo album ‘GoldenHeart’, (the first opus from ‘The Heart Trilogy’ to be released throughout the year) on 15th January, which so far contains the sublime singles ’86’ and ‘Pretty Wicked Things’. She has been prepping the forthcoming release for some time now with a prolific and stunning collection of music ranging from a mixtape, several singles and two EP’s.

The work she has created so far throughout her solo adventures is original, exciting and revolutionary, she has developed her own unique blend of music – it is distinctly Dawn in terms of sound, production and sheer quality.

The first of the EP’s, ‘Armor On’ was released at the start of the year and it is divine and completely brilliant throughout. From the blindingly bombastic ‘Black Lipstick’, (which features one of our favourite ever lyrics “she ice-skated on my heart, couldn’t feel the blade”) to the fierce beats of ‘Bombs’ and to the uplifting ‘Change’ and ‘Faith’– the work is emotive, strong and powerful. 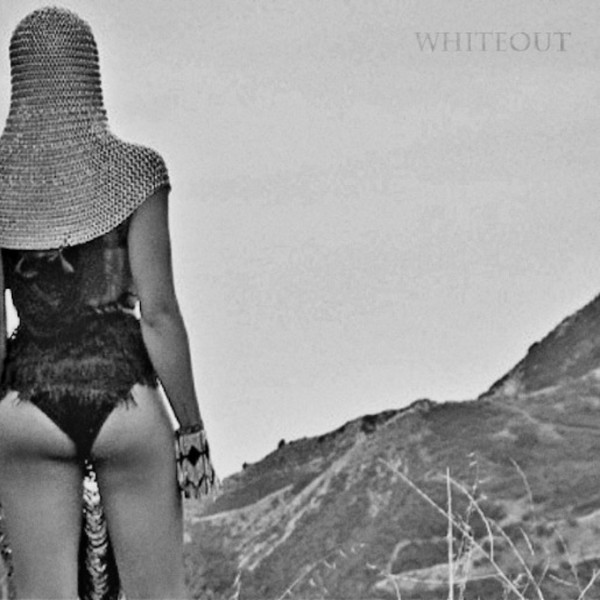 It is with great excitement to have another release from Dawn prior to the album. This time, the form takes the shape of an EP entitled ‘Whiteout’, which is a winter slash Christmas themed affair.

Forget sickly sweet ballads, bad covers versions of Christmas classics and references to Santa – this is one intricately beautiful piece of work. It is brooding, intense and captivating, moody, atmospheric and richly satisfying. ‘Whiteout’ carries a familiar sound to ‘Armor On’ but intensifies and amplies it – the beats become even more sparse and progressive whilst the vocal delivery becomes more considered and sound even more forlorn and ultimately heartbreaking.

The four tracks that make up the EP are often bleak sounding, sonically they mirror a picturesque landscape of a snowy wintery scene, they sound expansive yet fragile. Production duties are handled by Druski who helps Dawn to envisage and realise this progressive and visionary RnB sound.

This IS a spectacularly exceptional piece of work – all four tracks are glorious and heavenly (the EMD remix of last years single ‘December Sky’ is a nice bonus). We have a crush on ‘Miles’ today, so you should definitely check it out…

If you like what you hear, check out Dawn’s site, by clicking here – the site features a number of musical freebies that you can download too, so it’s worth a look.