There has been some outstanding popstarring in 2012, for example the divine Kylie Minogue with her K25 surprises and celebrations to the dazzling Bright Light Bright Light who has been incredible throughout his album campaign, as well as Nerina Pallot for the gloriously ingenious NerinaFest.

There is one pop star however, who has had an amazingly successful year, one which has been exciting and full of surprises…

Step forward, the sensational Melanie C who is Pop Cart’s Pop Star of 2012! 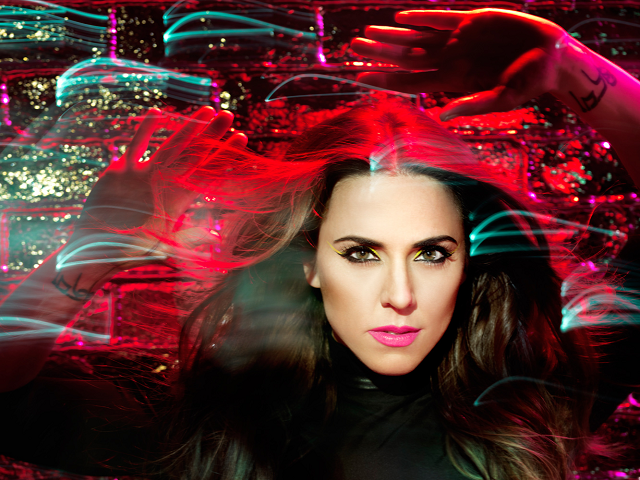 Melanie’s year has been truly remarkable – many years of hard work have come to fruition for her in 2012 and as a result Melanie has once again been accepted and embraced in many ways whether it be through music, TV or acting. The most beautiful thing is that she has done it with such grace, enthusiasm and always with that gorgeous smile on her face. Being an independent artist without major label association can sometimes be difficult, so the achievements Melanie has gained this year are all the more impressive.

Beginning with a sold-out UK tour in February to promote the magnificent 2011 album ‘The Sea’ – the shows saw Melanie play to delighted crowds in London, Manchester, Birmingham, Brighton, Newcastle, Sheffield and Glasgow – it was her first full UK tour since 2005! A DVD of an earlier gig in Europe was filmed and released in March. From that point, the momentum never wavered and Melanie took all chances with both hands.

In March, Melanie became an ambassador for P&G, fronting their ‘Thank-You, Mum’ campaign alongside many British athletes who would later collect medals at the Olympics. Also, in March, Melanie was announced as an advisor to Lord Andrew Lloyd Webber on Jesus Christ Superstar. Initially, her role was to provide succour during the audition stages, however, Melanie was instated as a full time judge on the panel alongside Dawn French and Jason Donovan. Melanie sang ‘I Don’t Know How To Love Him’ from the musical accompanied by Andrew himself during the live finale of the show before the winner was crowned. Melanie was also cast as Mary Magdalene in the musical arena tour which played to sold-out venues across the UK and Ireland. A DVD was recorded and released and further dates have been added for 2013 both in the UK and overseas…

In May, Melanie joined collaborative forces with Jodie Harsh to release an EP of dance music entitled ‘The Night’. The three tracks were a joyous celebration of euphoric dance beats, which was sold exclusively through iTunes – remixes by Harsh were also made available to download.

In June, Melanie joined Emma, Geri, Victoria and Mel B or the SPICE GIRLS to officially launch ‘Viva Forever’, a musical penned by Jennifer Saunders, which is inspired by the music of the group. The show opened at the Piccadilly Theatre in December with all five girls appearing togther at the premiere. A documentary showcasing the Spice Girl’s story in relation to the musical was broadcast on Christmas Eve in the UK. 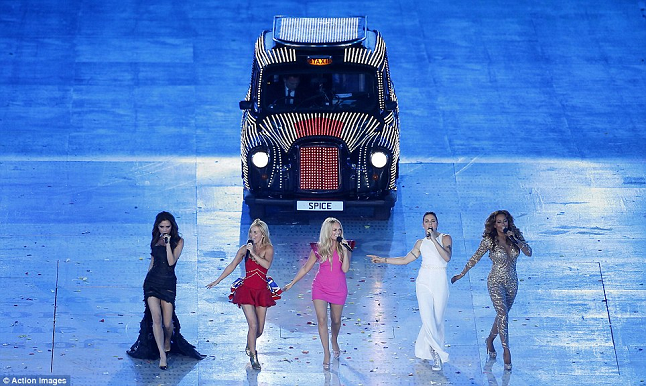 In June, Melanie took part in the campaign ‘Our Greatest Team’, which encouraged people to get behind Team GB – it clearly worked too! Speaking of Olympics, Melanie once again joined the Spice Girls to perform a mash-up of ‘Wannabe’ and ‘Spice Up Your Life’ atop London black cabs at the closing ceremony with an enormous 26million viewers watching in the UK alone!

In September, to coincide with Jesus Christ Superstar arena tour, Melanie released her sixth studio album entitled ‘Stages’, which is a sublime musical themed album in which Melanie reinterprets songs from the stage and undertook HMV store signings, and a QVC slot to perform songs and promote the album – initial stock sold out whilst still on-air. The first official single from the album was a gorgeous duet of ‘I Know Him So Well’ with Emma Bunton – the pair performed live on TV shows such as This Morning, Loose Women and The Alan Titchmarsh Show.

Melanie conquered TV in 2012 as well. Amongst others already mentioned, Melanie appeared as a guest on the likes of ‘8 Out Of 10 Cats’, ‘Celebrity Juice’ as well as the Christmas edition of ‘Never Mind The Buzzcocks’. She also made a high profile appearance on Alan Carr’s Chatty Man alongside Emma and Geri.

At a sold-out, one-off show in London in November Melanie was joined by an array of special guest including Emma Bunton, and James Walsh. She also treated fans to rarities such as ‘Suddenly Monday’ and the eight minute epic ‘Enemy’. Melanie has toured and played shows across Europe as well as making notable appearances at ‘Beats On The Beach’ in Dubai and at the Isle Of White Festival in September.

Finally, as part of the Justice Collective raising money and awareness for the Hillsborough Justice Campaign, Melanie (alongside the likes of Robbie Williams, Eliza Doolittle, Beverley Knight and Sir Paul McCartney) scored her fourth UK Christmas number one single with ‘He Ain’t Heavy, He’s My Brother’.

So, here’s to you Melanie… BIG giant congratulations on a magnificent year.