Everyone LOVES an end of year music countdown – so here are the 15 album’s we’ve been LOVING and listening to most this year. Today, we conclude with numbers 1-5… 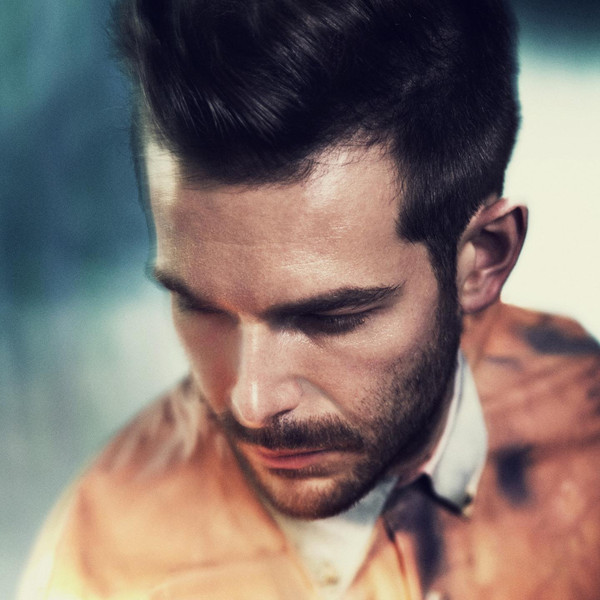 Rod has created a truly magnificent and spectacular debut – one that, is entirely and completely gorgeous as well as being utterly tremendous and sublime.

The soundscape is predominately rooted in dance but the reference points of heavenly early 90’s dance and indie have shaped the sound beyond the norm. Rod uses his innate ability to tell a story whether from personal experience or observations with stunning results.

There is such beauty, awareness and tenderness within his lyrics – it is refreshingly honest and reflective, without being trite, downbeat or riddled with angst. There is eloquence and artistry in abundance throughout the album – the bombastic house, gospel tinged ‘Feel It’ features the lyrically heartwrenching lines “when my world falls apart, you’re the reason there’s still hope in my heart” – easily the most affecting lyric within a song this year. On ‘Moves’, Rod cuts straight to the heart again with “when it’s all I knew, moving on’s the hardest thing to do” and again during the hook on ‘Cry At Films’ “where did I go wrong?” – yet despair does not factor in the way the songs are delivered or received, they are the simplest, poignant age-old truths. It is clear that despite the disappointments detailed within the subject matter, there is always an overreaching element of hope and joy that comes with the perseverance of trying typified within the expansive sounds of album closer ‘Grace’ “keep hope when you don’t see it”. Perfection!

The uplifting, upbeat tone is set against a dreamy ethereal backdrop whilst the slick and glossy production adds flourishes of sparkle and brightness throughout. ‘Make Me Believe In Hope’ has a clear strong identity; it is both confident and assured. It is also euphoric whilst remaining thoughtful and charming throughout. An intoxicating listen – vibrant and full of personality. 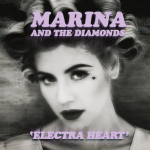 As a concept ‘Electra Heart’ is a concept is striking, original, full of personality and brimming with life. Marina emerged showing off and channeling her inner Britney throughout the album campaign. More specifically, the strange, catchy and kooky lyrical content of Marina’s brilliant debut ‘The Family Jewels’ is married triumphantly with big giant pop sounds to create a formidable combination. There were sharp and cutting social observations spread across the album – the facile contrasted with reality, which made for an enchanting listen. The tracks shone brightly through a range of musical styles from pulsating and deadly beats deployed on ‘Homewrecker’ and ‘Power And Control’ to the fragile and wistful ‘Buy The Stars’ and ‘Lies’ – disregarding style or genre, each of the tracks is showered in heart, purpose and meaningfulness. Additionally, hugely impressive live performances featuring the most amount of props ever used at a live show bolstered the themes of the album brilliantly. ‘Electra Heart’ is a clever and bountiful album teeming with exuberance. 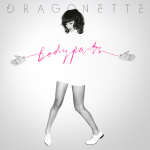 On their third outing, Martin, Dan and Joel deliver another slice of self-produced complete pop perfection. Sounding invigorated and inspired from their recent work with Kaskade, Martin Solveig and Don Diablo – the trio produced some of their finest work on ‘Bodyparts’. The album is squarely aimed at the dancefloor with the catchiest choruses, uplifting melodies and joyous offbeat structures. ‘Bodyparts’ is lively, raucous and unashamedly brash and thrilling. The trio mash together high-octane dancefloor New Wave grooves, 80’s synth sounds and even hints of glam rock to create a layered template that is, diverse, witty and inspired – it’s is absolutely irresistible and completely infectious with ‘My Legs’ being a marvellous example of this. As a whole, the album barely stops for breath, crashing forward with great energy and pace but when it does dare to take a breather, the band show off their supreme elegance with the mournful ‘Ghost’ in which Martina’s vocal is both forlorn and soaked in beauty. ‘Bodyparts’ is an album that is playful and boasts vitality and imagination. 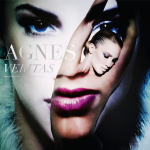 ‘Veritas’ is the fourth studio album from Swedish songstress Agnes. Following on from the superb 2008 release ‘Dance Love Pop’, Agnes refined her style and sound and rethinks the dance pop mold on Veritas, she now presents a more mature piece of work which is her strongest, most exciting and most cohesive album to date.
The album is a striking blend of electro-pop and dance matched with 80’s synth beats and sweeping orchestral stings which are combined with memorable melodies, catchy choruses and framed so perfectly with Agnes’ stunning vocals. The album features an array of styles – squarely aimed at the dancefloor, the songs are sharp and dictinive. The opening four tracks are produced by Jonas Quant – the handclaps of ‘Amazing’ to the luxurious strings on the stomper ‘All I Want Is You’ are utterly divine. The quality is maintained throughout the remainder despite the change of producers which is testament to the strength of the material. Throughout, there is a sadness and longing to the vocals, showcased beautifully on the emotionally charged ‘Nothing Else Matters’ – elsewhere Agnes swoops and soars as she delivers her finest vocals to date. Only available in the UK on import at present, it is well worth the investment. Veritas is bold, daring and brilliantly executed – an addictively joyous listen. 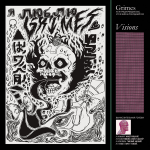 The third album from Grimes (Claire Boucher) is a gorgeous, beat driven affair, which showcases strong melodies, fused with delicate, intriguing and beautiful melodies. There is intricate attention to detail on display – it’s not just how the obvious sounds, Grimes has considered everything in-between the hooks and melodies too and for that reason the sound is a rich, complex and dense… it takes several listens to appreciate all of the detail. The album sounds like thirteen distinct and separate songs woven together utilizing Grimes’ impressive vocal range with the falsetto featuring impressively throughout. Stylistically, it dives from the piano led sounds of ‘Genesis’ to euphoric dance tinged ‘Vowels = Space And Time’. There are clear reference points too – pounding robotic, futuristic and transcendent pop overlapped with synths and R&B sounds. Swathed in mystery and intrigue, ‘Visions’ is incessant as it fascinates and shines throughout.