Make way for the return of Justin Timberlake… 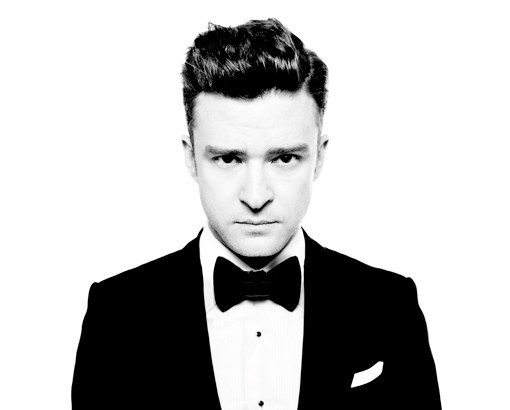 Following THIS in 2011, the need for new music from the amazingly brilliant Justin Timberlake has been agonising, with almost seven years passing since the release of his last studio album, the incomparable ‘FutureSex/LoveSound’. The intervening years since have seen Justin take a back seat but still active within music whether it be as producer (Leona Lewis, Esmée Denters) or collaborator (Madonna, The Lonely Island). He has also appeared in a number of successful movies, become a soft furnishing designer and get married.

On Friday 10th January, Justin began to tease the countdown to the premiere of his new music. Narrating a short video, Justin discussed the thought process about creating music whilst explaining his absence before announcing… ‘I’m Ready’ –

Today, (Monday 14th January 2013) a new single entitled ‘Suit & Tie’ premiered on Justin’s official site and the track was made available immediately through iTunes worldwide – Justin means business people! Together with the release, Justin penned an open letter to fans, in which he describes the process and inspiration behind his return to music…

“Back in June of last year, I quietly started working on what is now, my next journey with that thing I love called MUSIC.

The inspiration for this really came out of the blue and to be honest, I didn’t expect anything out of it. I just went into the studio and started playing around with some sounds and songs. It was probably the best time I’ve had in my career… just creating with no rules and or end goal in mind and really enjoying the process.

What I came up with is something I couldn’t be more excited about! It is full of inspiration that I grew up listening to and some newfound muses that I’ve discovered along the way.”

Read the open letter to fans in full here.

Taken from the forthcoming album entitled ‘The 20/20 Experience’, which is due for release later this year, the lead single ‘Suit & Tie’ was produced by the hugely incredible Timbaland along with Justin and J-Roc and features a cameo appearance from Jay-Z.

The track itself is a heady, intoxicataing affair – it’s all kind of brilliant in so many different ways! The many changes in tempo and styling make it unique and interesting throughout – adding texture, shade and excitement to proceedings, it’s like listening to three songs in one but without it feeling separate or disjointed. The production and the beat is reminiscent of an old-school jam, it pays homage to R&B styles of the nineties which comes complete with Justin’s impressive soaring falsetto. The rolling drum loops, finger clicks and horn blasts take the songs reference point further back still, to the stylings of the eighties, in particular the work of Prince.

‘Suit & Tie’ feels grand and luxurious, there is an elegance and sophistication to it. Also, it feels amazing to hear Justin again – the vocals are utterly sublime. Most notably, this IS the sound of Justin Timberlake in 2013, so embrace it because it already sounds mightily impressive to us…