The fabulously wondrous Nerina Pallot embarks on a jaunt entitled ‘Lonely Valentine Club Tour’ in February, where she will play venues across the UK – complete AMAZINGNESS! The show will be a solo performance in which Nerina appears without her band, this is a real exquisite treat and anyone who hasn’t been seen her play in this way before, really should… divine beauty! 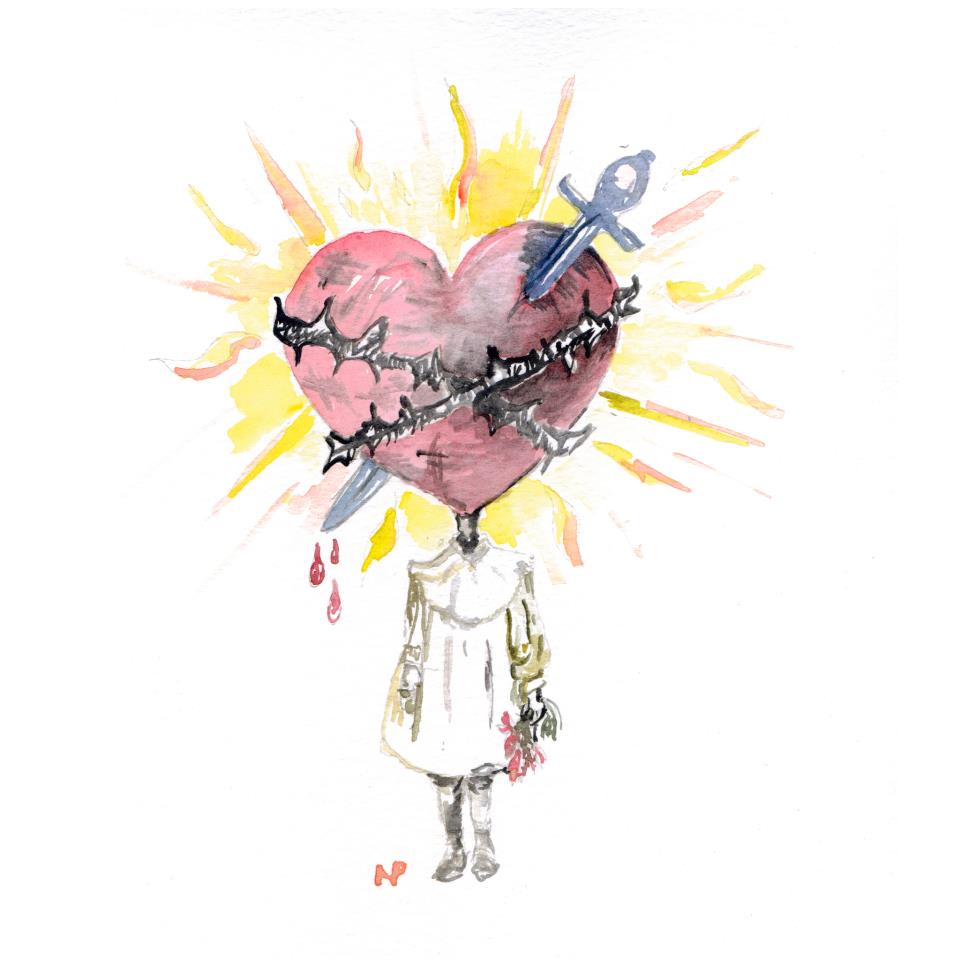 Dates for the forthcoming shows are:

The supremely incredible Bright Bright Bright Light will open as a very special guest for Nerina at the Islington Assembly Hall show. He too, will play a solo unaccompanied set – he gave fans a taster of what to expect on his SoundCloud page when he announced the news and you can download a piano version of ‘Cry At Films’ here – stunning!

To coincide with the tour, Nerina will release an EP also entitled ‘Lonely Valentine Club’. The six track affair offers new material comprising of four tracks, an interlude and a cover of CeCe Peniston’s classic hit ‘Finally’ – AMAZING! You can also stream the opening track entitled ‘Once’ at Digital Spy – do so here. The artwork, an original Nerina painting is pictured above.

The previous four EP’s have enabled Nerina to experiment and showcase different shades to her talents, it enhances her work rather than it being a separate entity – it is also a brilliant treat between albums for eager fans. The EP will be available physically with a limited number of copies on sale at the shows and is also available through iTunes, which is due for release on 12th February. You can preview and pre-order it on iTunes here.

Three of Nerina’s previous tour EP’s have been added to the iTunes store this week. You can now download the ‘Buckminster Fuller EP‘ from 2009, which features Nerina’s original version of ‘Better Than Today’ (before it was recorded and released by Kylie). As well as 2010’s ‘Skeleton Key‘, which is full of beauty, darkness, mystery and intrigue. Best of all 2011’s, ‘Yes December‘ EP is now available digitally – the five track, winter themed EP is full of gorgeously glorious, sublime and luscious sounds and probably ranks as our favourite work from Nerina, to date, which is a bold sentiment given the intense love we have for her back catalogue.

Finally and best of all, a fifth studio album is due for release later this year too – HURRAH!!!