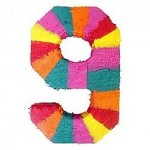 It’s always exciting when January rolls around, a plethora of fresh faced pop stars are thrust into the larger public consciousness after being lauded by critics and the like. Sound polls and critics choices are all well and good – obviously, we’re as excited by Haim, Tom Odell et al as much as the next but let’s see what else there might be out there in planet pop and coming your way in 2013.

Most discerning pop fans will already be acquainted with some of the artists below of course, many have been working towards their dreams for numerous years now – there’s no such thing as overnight success after all! However, if you aren’t familiar, stay a while, explore and see what you think of these nine exciting recommendations…

We’ve been following the path of Jay quite intently for a while now, she is a young singer songwriter who hails from Northampton. There is a real and refreshing quality to her music, it feels natural and organic in particular the phrasing, the intensity and openness of the lyric and rawness of her vocal, all of which makes Jay a talent to watch out for – songs such as ‘Into You’ and ‘Sun Comes Up’ have a sublime quality to them. Recently, her track ‘Video’ was featured on Radio 1’s ‘BBC Introducing’ feature which selects an unsigned artist and adds a track to the playlist across the main schedule, which is a high achievement.

Jay has some creative approaches to getting her music heard, the bedroom sessions she holds are uniquely special and moments to savour for their intimacy and the connection you feel immediately to Jay’s musicianship and artistry. You can usually fid Jay playing live somewhere, so keep an eye on her website for dates.

As an aside pop fact fans, Jay happens to be the sister of the supremely amazing VV Brown!

Whilst technically not a new band, San Cisco have yet to officially release an album in the UK, so that makes them eligible and an exciting prospect given their recent major label signing to RCA Records, a division of Sony. The band of four hail from Fremantle, in Western Australia and have been together creating music since 2009. Consisting of members Jordi, Josh, Nick and Scarlett – the band have a bright, charismatic, progressive lo-fi pop sound. For us, there is strength, humour and zeal within the songwriting and especially in the vocal delivery with duties split between Jordi and Scarlett – the playful interactions between the pair is refreshing and unique.

Early tracks features such as ‘Awkward’ and ‘Rocket Ship’ embraced a vibrant and carefree youthful energy. The tracks featured on their self-titled debut album are a little more polished, considered and self aware, which shows the growth and development of the band still in its infancy, ultimately it makes them an exciting prospect for the future.

A four track EP entitled ‘Beach’, is available from iTunes UK store, with a full album release later this year. If you can’t wait, their debut album is available on import from Amazon and is definitely worth the price, should you not want to wait!

Comparisons are lazy, so before anyone makes them, STOP! Elle is an American singer-songwriter, who released ‘The Elle King EP’ in 2012, which includes the triumphant and rousing ‘Playing For Keeps’ alongside the gorgeous strut of ‘Good To Be A Man’.  Since the EP release, Elle has spent the intervening months readying her debut album, which is due later this year. There are many striking aspects to Elle but most notably it is her vocal which is a thing of refined natural beauty – the ballsy, soulful tones are a delight – the full range of her voice is magnificent from the lower angsty sound to the soaring full throttle belt… she has power, tenderness and control. The writing showcases a thoughtful, confessional introspective yet celebratory outlook – the production, in the main is bold and uplifting.

Elle has a great sense of musicality, she plays guitar and the banjo and has a playful musical awareness, her cover version include Khia’s ‘My Neck, My Back (Lick It)’ is tremendous as is her cover of ‘Ain’t No Sunshine’ by Bill Withers.

Signed to the newly reformed London Records label, Arlissa is a 20 year old from south London who has aspirations to have a career like that of Kate Bush – such boldness can only be respected! Arlissa is enchanting – her music has a great set of catchy choruses and hooks, she has an exquisite ear for melody and of course, it’s all about the voice – the downbeat, almost resigned quality is richly satisfying but then her voice soars and swells and it is joyous to hear and experience. The brooding backbeat creates atmosphere and intrigue to the delivery which in turn is hugely impressive.

In September of 2012, Arlissa collaborated with Nas after he heard the track ‘Hard To Love Somebody’. He flew her to LA, where he improvised and freestyled his verses for the reworking. Arlissa sounds particualrly beautiful matched and set against Nas’ disctinctive tones. It’s a bittersweet tale from an often overly familiar point of view, yet Arlissa convincingly manages to make it sound as though she is the first person to have a broken heart, which is really quite something…

In August, Arlissa performed at Hyde Park as part of BT Live celebrations (the video below shows highlights from her set), played Bestival in September and more recently appeared on the New Year’s Eve edition of Top Of The Pops, performing her official debut single ‘Sticks And Stones’, which is set for release in April, with her debut album to follow.

Pop fans, keep an eye out for Jackson Ellis-Leigh (Sophie Ellis Bextor’s brother) on the drums!

Again, technically, not a ‘new’ artist, having already released three outstanding EP’s and headlining her own tour both here and in Europe, but Florrie is set to make a bigsplash in 2013 after recently signing with a major label.

Florrie began as a drummer with Xeonmania with credits on several Girls Aloud (amongst others) singles and albums, before branching out as an artist in her own right. ‘Introduction’ was a freely available EP, released in 2010 – it showcased a terrific sense of craftsmanship when it came to writing, structure and production – it dared to be bold, yet had a familiar overarching sound – the drums, being the glue that keeps it together. Her other EP’s ‘Experiements’ and ‘Late’ showcased great versatility and range, whilst subject matter across them was distinct, original and at times quirky without being kooky.

Florrie possess a naturally gifted vocal that works on record and more so when in a live setting. There is a deceptive sweetness to her voice that is extremely effective especially when contrasted to the tone of the lyrical subject matter within a number of Florrie’s songs – it makes for an irresistible listen.

Having come second in the BBC Sound of 2013 poll, the duo of Aluna and George have been instantly propelled forward. Backtrack some eight months and their debut EP ‘You Know You Like It’ was the cause of this excitement and initial interest. From the sweetness of Aluna’s vocals to the slick production from George the pairing is intriguing and unexpected.

Tracks from the EP have a bold and striking sound, referencing early 90’s sounds and styles whilst sounding modern and even futuristic in their approach. The layers and depth within the songs is complex without being overwhelming – there is something to discover with each listen, with ‘Put Up Your Hands’ being a prime example.

In the live setting, the duo excel – each of them is at their best and clearly in their most comfortable environment. The interaction and connection between them is clear from their first moments on stage – with UK dates booked throughout the year, treat yourself and go along. The pair have also remixed and recreated some exciting tracks for the likes of Florence & The Machine and Queen Of Hearts. Their debut album entitled ‘Body Music’ will be released in June.

Having supported Marina & The Diamonds on the UK leg of her autumn tour, Foxes emerged as a genuine talent. Foxes (or Louisa Rose Allen) is a twenty-two year old who hails from Southampton but more interestingly (obvs) she has a great ear for hooks and melodies along with an interesting use of lyric and song structures – from the swelling, brooding verses to the euphoric choruses, plus, her work incorporates those divine middle-eights and instrumental breaks which is underpinned by her vocal, which is both marvellous and majestic – put altogether, it culminates in songs that are a thing of real beauty, as well as being uplifting and jubilant. The other thing we love about Foxes is her sense of fun and enthusiasm – check out for Twitter of Facebook page to see what we mean!

An EP entitled ‘Warrior’ was released in 2012, the title track is stunningly glorious. Further singles ‘Youth’ and ‘Echo’ are available on iTunes. Foxes can also be heard on the title track to Zedd’s debut album ‘Clarity’. Her debut album will be released later this year.

Queen Of Hearts (real name unknown) emerged, swathed in mystery and intrigue in 2011 with the release of the magnificent EP entitled ‘The Arrival’, which matched heart and emotion with dance music which in turn meant the sounds draped across the EP and subsequent releases were resolute, classy and refined.

In 2012, Queen Of Hearts released a couple of EP’s (‘Neon/Tears In The Rain’ and ‘Warrior’) were released which yielded the gloriously heavenly ‘Only Love’ and ‘Forgive Me’ in particular. The ethereal, dreamy soundscapes of the production set against intoxicating electro pop beats is sublime – there is insight and cleverness within the lyrics too, whilst the heady vocal reveals a mournful tone of heartbreak and despair yet, strikingly feels fuelled with optimism and hope at the same time. Completely wonderful indeed.

This south London four piece band have been slogging away, playing a mix of headline shows, support slots and festivals for a few years now but Dan, Chris, Will and Kyle look set to emerge as Having released a number of tracks, their track ‘Flaws’ has phenomenally brilliant lyric and a really great video too. The track reached number 21 on the UK Singles Chart in October 2012. Their equally brilliant forthcoming single ‘Pompeii’ is released ahead of their debut album ‘Bad Blood’ in March.

We can also recommend that you look out for Sky Ferreira, Embers, Churches and Savages – expect to hear from them all throughout 2013. We really do love to hear about new music, so get in touch should you have any recommendations!