We’ve been caught up in a love affair with Solange Knowles for the past decade when she emerged as a backing dancer and sometime vocalist on a number of Destiny’s Child’s tours in the early noughties. When she released her debut album ‘Solo Star’ in 2002, we lapped it up – the pop R&B sound matching her sweet vocal perfectly!

With the release of her second studio album ‘Sol-Angel and the Hadley St. Dreams’ in 2008, Solange adaopted a fresh and exciting sound – it was retro, soulful and oozed class. Most importantly, it disregarded the norms and went against what was popular at the time, plus, it was also a million miles away from the polished pop R&B sound of her debut. The tracks radiate character and charm with the production bolstering the uptempo, feel good vibes.

In late December 2012, four years since the release of her second album, Solange together with producer Dev Hynes (you might know him better as Lightspeed Champion), delivered a tremendously magnificent EP entitled ‘True’. The seven track collection is sonically outstanding, it is once again unique and joyful, but this time, the euphoria within the lyric was replaced with a darker tone of heartbreak and regret. It is a mighty fine piece of work, and a brilliant precursor to a full album which is expected later this year. 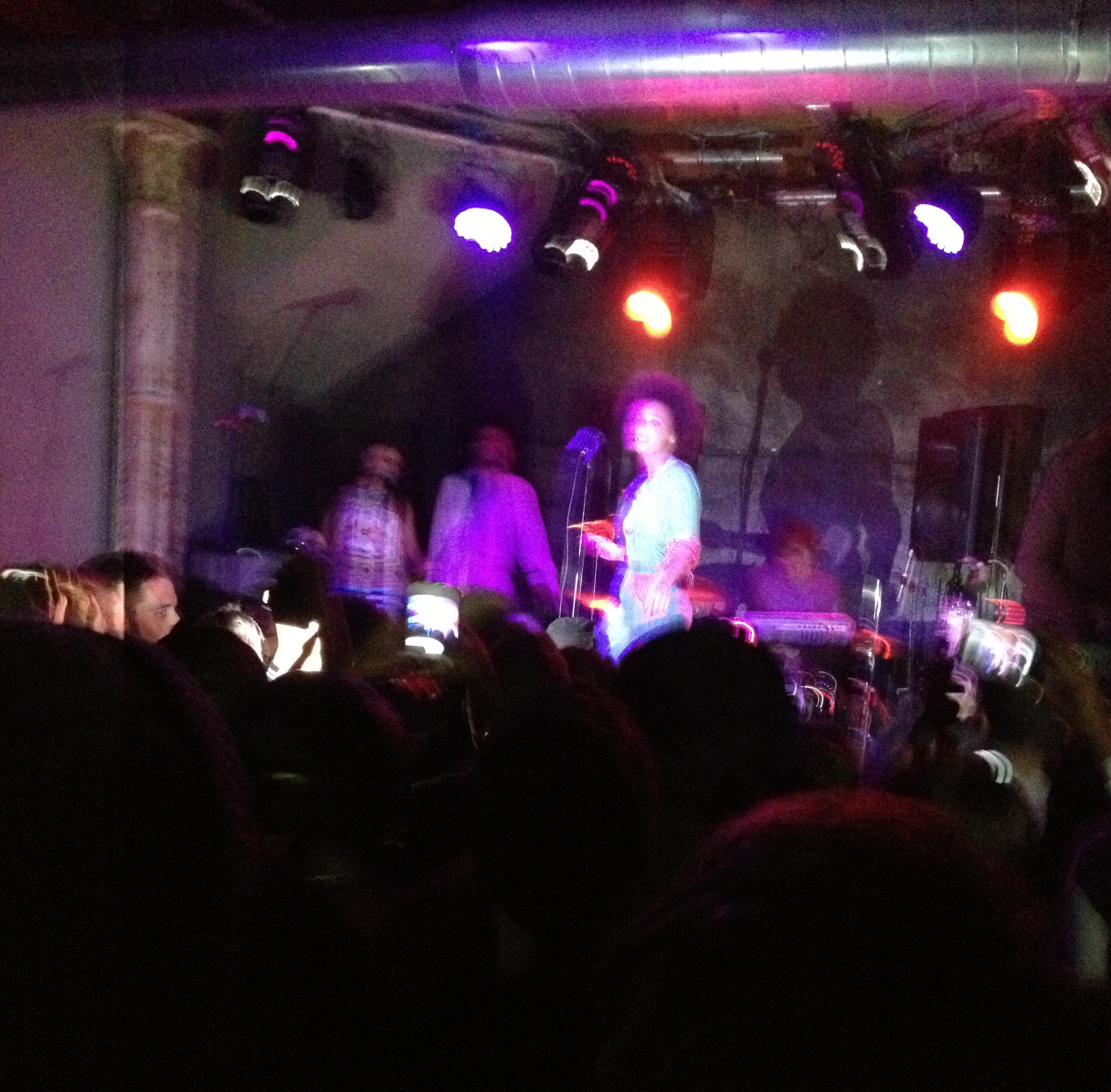 XOYO saw Solange play two sold-out shows to promote the EP, (which was released digitally in December but only physically in the UK last week). Last night’s show was phenomenally incredible – she enraptured and capitvated the audience for an hour long set – she forged forward and powered through a high-octane set which saw her deliver an incredible performance of material throughout her career.

Opening with heartbreaking and mournful lyrical narrative of ‘Some Things Never Seem To F*cking Work’ – Solange backed by her six piece band including Dev Hynes, were a tight and slick outfit. Dressed in an orange and navy vintage dress with her natural afro – she looked free and comfortable as she sashayed and dazzled on the tiny stage.

Playing the seven tracks featured on True, as well as gems from both of her albums – tracks such as ‘T.O.N.Y’, were lapped up by the eager to please audience. ‘Lovers In The Parking Lot’ and ‘Locked In Closets’ were greeted with enormous affection – the tracks from the EP sat well alongside the older material too and she even indulged the loyal few with ‘Crush’, a track from her debut, produced by Pharrell, which she introduced with an anecdote about that time with fake red dreadlocks – wondrous! Other highlights included the appearance of Oliver xx who duetted with Solange on a cover of Nicole Wray’s, Timbaland and Missy produced gigantic nineties classic ‘Make It Hot’. There was an impressive display of vocal mastery during ‘Bad Girls’, where Solange showed the full range and capabilities of her voice from a whispering falsetto to the full power of her belting notes – her voice is sweet yet completely drenched in soul and life. She demanded that the crowd dance with abandon during the encore of recent single ‘Losing You’ and ‘Sandcastle Disco’ – which in turn happened to be THE best encore at a gig for some time!

The set was a masterclass in how to own the stage and captivate an audience – confident, effortlessly cool, assured and playful. In return, she was rewarded with enormously loud and lengthy rousing applause throughout the show from the doting audience. Amazingness!

You can catch Solange again in London when she plays Field Day Festival on 25th May – details here.