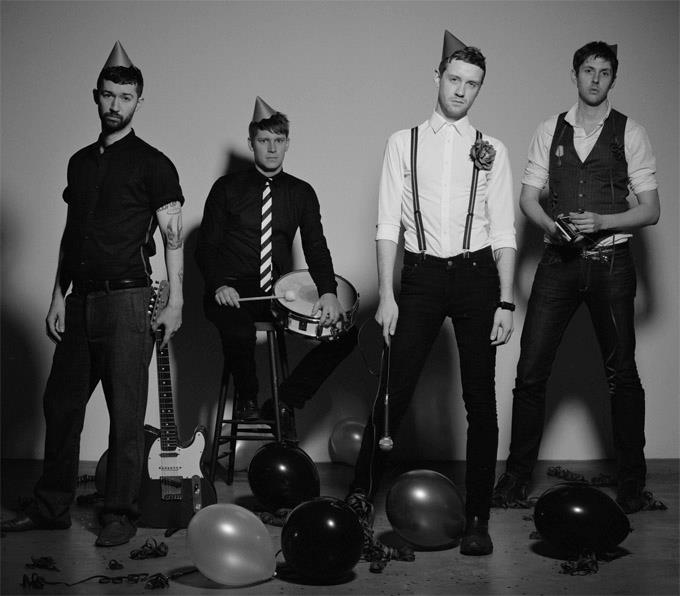 The band previously recorded as The Gadsdens and in 2009, they released their debut single, the phenomenal ‘The Sailor Song’ which at the time was championed by all. Some four years later, the song remains intensely beautiful – the pulsating drum and piano driven rhythms together with the sublime vocal provided by frontman Jody are irresistible. The refrains of the chorus lyric “I never really had it in me, did I?” is enough to make any man swoon.

In 2011, the band became Autoheart and set to work on their debut album ‘Punch’ with the exceptional producer and engineer Danton Supple, who is responsible for some of the best work of Starsailor, Lucie Silvas and Coldplay, to name three in a long list. They then released their first single as Autoheart in November 2012, in the form of ‘Control’, which is another brooding, fascinating and exciting listen.

This week, rather aptly the band release a new single, ‘Lent’, and it is easily the best thing to be released so far in 2013. On the surface, the track is a delicious slice of perky piano driven, synth laden pop with lyrics that are seemingly spat out at a rate of one hundred words per minute. Underneath, there is something brooding and angst ridden, Jody’s vocal is both forlorn and detached as he pours over the remains of a failed relationship typified within the lyric “I don’t want to act like this, I want to be free”, which sounds heartbreaking but euphoric within the same instance.

‘Lent’ has a sound that is instantly familiar yet manages to reveal a little more with each listen. Ultimately, this is a very clever pop song which is a joyful treat throughout, the accompanying video is rather splendid as well.

There are a number of remixes that accompany the single release. The O/R remix evokes a sound reminiscent of a Soul II Soul groove, whilst the Tom Kills Remix showcases a robotic, electronic reworking. The incredible Bright Light Bright Light offers his take on the track too, opting for an intense, brooding, mid-tempo monochrome beat that matches the darker lyrical undertones. So impressed with Rod’s efforts, the band created an alternate video to showcase the track.

The band’s debut album ‘Punch’ is due for release in April, a five track sampler is available to whet you appeitie below…

You can download ‘Lent’ from iTunes in two forms, the single itself, which comes with two b-sides here and as a remix package here.