Following the release of their debut album ‘Under Feet Like Ours’ in 1999, the sisters have produced several exemplary records raging in subject matter and style. Their ever growing fanbase becoming more die-hard with the release of each mighty fine album, yet the sisters remained relatively unknown to a wider audience. All that is set to change though! This week, saw Tegan and Sara release their seventh studio album in the form of the truly magnificent ‘Heartthrob’. 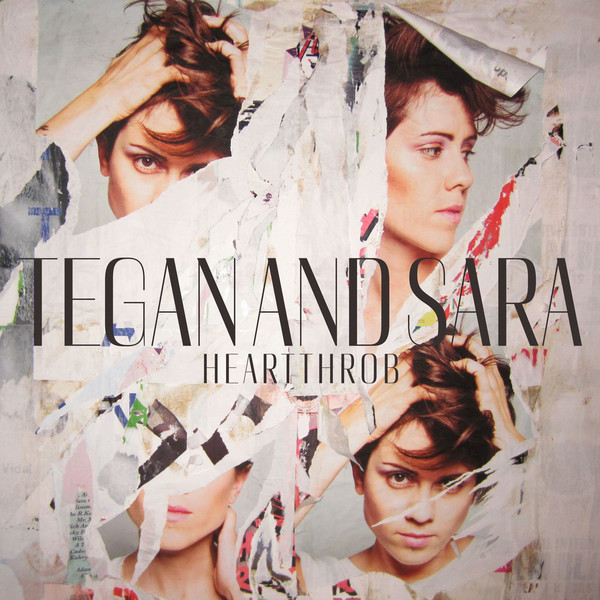 Their dalliance with differing sounds could be heard on their rather wonderful album ‘Sainthood’, and since its release in 2009, the sisters have featured on a number of unexpected dance tracks, collaborating with the likes of Tiesto, David Guetta and Morgan Page. The combination of the forlorn, distant and icy vocal set against the upbeat, optimistic soundscape of the dance genre has been intriguing and invigorating for their sound. Whilst, ‘Heartthrob’ is not a dance record, the influence of the collaborations is inevitable and can be felt in parts across the album.

‘Heartthrob’ is their most direct and straightforward work to date, it is upbeat, thoughtful and dreamy. The rich, sun soaked luxurious soundscapes are a revelation – the album retains the charm, integrity and honesty of their previous releases but expands and revises their reference points. This time, glossy 80’s synths with solid harmonies, delicious melodies and instantly catchy choruses enrich the songs – think of this to be an album where the sisters have honed their skills and taken a natural step forward and not as a calculated move to something more mainstream – it is far too brilliant to be written off with musical snobbery.

‘Heartthrob’ begins with the lead single ‘Closer’, which was produced by the wondrous Greg Kurstin (Lily Allen, Kelly Clarkson, P!nk). ‘Closer’ is a shimmering power pop anthem with huge sing-a-long chorus, the forceful beats propell the track – there is an urgency and exuberance that flows on the track and is carried forward throughout the rest of the album. (The track is currently the iTunes Single Of The Week and can be downloaded for free until Monday here). The video can best be described as a big giant romp…

Lyrically, much of the album draws upon love, the pain of rejection and subsequent frustration it brings coupled with the self-doubt that sets in during a tumultuous relationship. Best typified within the first few tracks on the record.

‘Goodbye Goodbye’ is haunting in it’s lyrical attack, “you could’ve told me goodbye, you let me try knowing there was nothing I could do to change you” – the electropop number acting as the perfect vehicle for the sound of pain and deceit. The lyrical theme is present also on ‘I Was A Fool’, which is a softer, piano driven track that reflects upon uncertainty “still I stuck around, I did behave, I saved you every time, I was a fool for love” On the fizziest and brightest moment on the album, ‘Drove Me Wild’, the duo delve into the subjective and consider the merits of dealing with a troublesome partner from a distance and with hindsight. The album also deals with realisation and self-acceptance within faltering relationships, the insightful lyric “standing in the shadow of a damaged heart” from ‘I’m Not Your Hero’ demonstrating this perfectly. The gorgeously reflective and sorrow filled bonus track, ‘I Run Empty’, also coneys the need of self-awareness, “I run empty till I, I feel nothing inside, don’t think I didn’t deserve what I got.”

‘Heartthrob’ is a tremendously joyous record with copious amounts of heart, character and life, it is at times insular, but completely bold and exciting throughout. The forsaken, yearning vocals coupled with the elegance and mastery within the accomplished lyrics and production make this a triumphant album and one to behold and cherish.

‘Heartthrob’ is available to buy now and you can listen to it in full on the band’s SoundCloud page here.