Last month, saw the incredible Dawn Richard release her hugely impressive second solo album ‘Goldenheart’ to universal acclaim. For the past couple of weeks, despite having the flu, she has been in the UK to promote the more recent physical release of the sonic masterpiece. 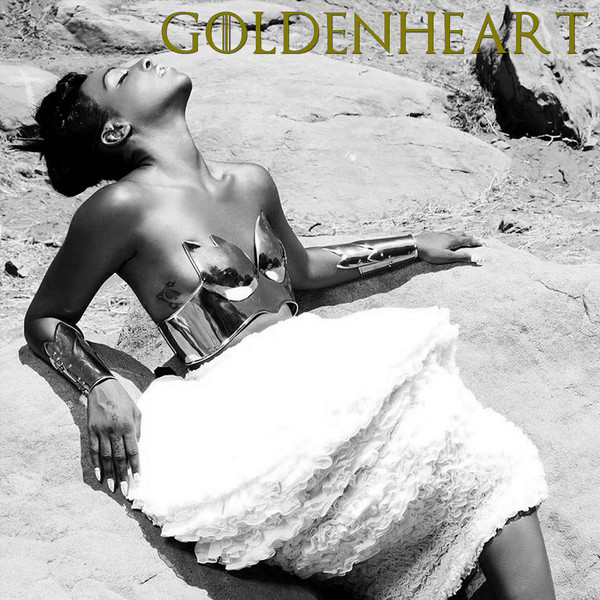 ‘Goldenheart’ is the first release of a trilogy with further albums ‘BlackHeart’ and ‘RedemptionHeart’ to follow. The album is truly sublime, the material is so richly dense that it has taken a while to really hear and appreciate all of the compoents that combine to create the album. These thoughts here will never do justice to the majesty and beauty contained on the record but hopefully, it will inspire you dear readers to explore the album for yourselves.

Thematically and lyrically, the album serves as a post break-up record with the sound of regret, freedom and forgiveness permeating the sixteen tracks. The motifs of unity, clarity and compassion are highly regarded within the exposition of lyrics and production. There is also reverence within the lyrics, an acceptance and understanding on display. Dawn explores a range of feelings and emotions throughout the course of the album from the first flourishes of lust on the opener ‘In The Hearts Tonight’ “we’ve been waiting for this chance and now it’s ours tonight” to becoming her own master with the self actualisation of ‘Tug Of War’, “I’m gonna be on top now, show you what I’m made of.”

Over the course of the album, producer Druski successfully employs wide reaching sonic sound clashes, many of the tracks begin, shift pace, tempo or style and even end up in a different genre, which is best typified in the tracks ‘Riot’, which builds from quiet verses to rapturous hands in the air choruses, a similar style is employed on lead single ‘Pretty Wicked Things’, which begins as an sparsely atmospheric track before building to a crashing dubstep climax, pierced with Dawn’s haunting vocal.

Sonically, the tracks sweep across a wide pallet of sounds, often experimental, ranging from bleak euphoria, to sparsely grand – on the whole it is vast and expansive, frantic and frenzied at times, without losing the heart or narrative of the lyric and melody. There is mythological imagery throughout the album, Dawn paints herself to be a Queen, a fighter and warrior in battle. This is most evident on the stunning ‘Goliath’, which is a tale of overcoming, “you filled my head with darkness… only got one chance…” This notion also, penetrates ‘Gleaux’ which is both inspiring and uplifting, as well as the track ‘Warfaire’, which is the simplest song on the album – the piano led track swells against an emotive vocal.

Sequentially, the album feels like two halves with the tracks that round off the album, focusing on a more reflective viewpoint both lyrically and sonically. The tracks blend together, the music flows to create seemingly continuous but distinct and separate songs. This is most noticeable on the run ‘Tug Of War’, ‘Ode To You’, ’86’ and ‘In Your Eyes’, which all follow a similar lyrical narrative yet have wide ranging production values and characters. The single ’86’ with it’s smooth, glossy synths, the finger snap and spacey electro vocal is sublime. The video is visually stunning also, the heartfelt choreography, offering cryptic clues which in turn adds further mystery and intrigue to the project.

Elsewhere, tracks such as ‘Break Of Dawn’ serves as a manifesto song, with the unassailable strength motifs destined to become the battle cry for those who have faced injustice “because of you I nearly lost my mind… ’til I realised I was my light, I told myself to give me a try.”  Also, ‘Northern Lights’ dazzles against a backbeat of handclaps and the album’s title track is both poignant and tender.

‘Goldenheart’ is an album to fall in love with for so many differing reasons, firstly Dawn’s vocal throughout is ethereal and transcendent – it is unmistakable in terms of style and delivery. The songs on the album are brave, dynamic and adventurous – listening to it is an expressive journey that you will cherish. It is an album whereby you can revel in its beauty and grace. There is an enduring, visionary quality to the album and altogether it is an outstanding and arresting piece of work from an extraordinarily unique artist.

An app which acts like a companion to the album as it features lyrics, videos and song samples is now available – you can download the app from the iTunes store here.

Finally, Dawn will play a one-off show at the Jazz Cafe in London on Monday 15th April 2013. Tickets are available here as well as the other usual outlets.