For us, Kirsty MacColl possessed THE most indomitable talent – her witty, heartfelt and emotive lyrics, the dry yet tender delivery and passion that exuded from within her music was and continues to be extraordinarily magnificent. Following her death in 2000 at the age of just 41 years, Kirsty’s music still resonates and touches many people.

On 10th October 2010, a concert to celebrate her remarkable career and her brilliant life on what would have been her birthday was held at Shepherd’s Bush Empire. A host of performers paid reverence to a woman who had embellished their lives be it through friendship, song or through inspiration. A recording of the show entitled ‘A Concert For Kirsty MacColl’ has recently been released. 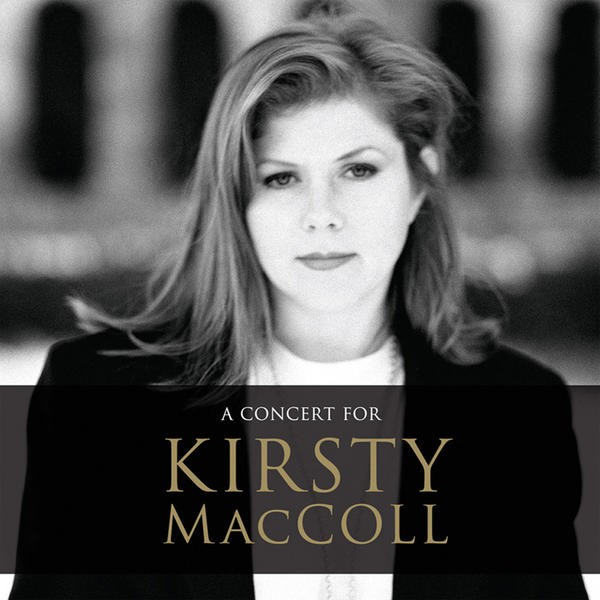 The album features recordings from the likes of Alison Moyet, who on the night tackled ‘Walking Down Madison’, (for it was written by Kirsty with Alison in mind). Ellie Goulding performed the now iconic ‘Soho Square’, whilst Catherine Tate put her own unique spin on ‘In These Shoes?’, which was the theme for her TV series. Each performance encapsulates the spirit of Kirsty and is heightened by emotion, whilst not featured on the recording Kim Wilde’s interpretation of ‘They Don’t Know’ was genuinely moving and sincere.

For us, the single most incredible, entrancing yet heartbreaking moment of the evening was performed by Eddi Reader who sang ‘Dear John’, a song that appears on her 1994 self-titled masterpiece. Originally, written for Kirsty’s album ‘Titanic Days’, the track was left off as the subject matter was deemed to personally raw. On the night, Eddi’s simple acoustic version accompanied by Boo Hewerdine on guitar soared such was the spine-tingling beauty, power and poignancy of her performance – both captivating and arresting, equally so on the album too – utterly sublime.

Kirsty’s back catalogue has recently been impressively remastered and re-issued through Union Square Music – and includes the release of Kirsty’s debut 1981 album ‘Desperate Character’ which is available on CD for the first time. Elsewhere, the albums all feature many extras such as b-sides, remixes and live performances, all of which are absolutely essential listening.