The supremely mighty goddess Christina Aguilera has racked up some impressive collaborations over the years, working with artists such as Ricky Martin, Herbie Hancock, Nelly, The Rolling Stones, T.I., Diddy and Andrea Bocelli to name just a few. In 2012, she leant her extraordinary, unmistakable vocal talents to projects by Cee-Lo Green, Tony Bennett and Pitbull.

Christina features on Pitbull’s latest single ‘Feel This Moment’ which is taken from his recently released album ‘Global Warming’. The track features a reinterpretation of the melody (rather than a sample) found within a-Ha’s monster 1985 smash hit, ‘Take On Me’ 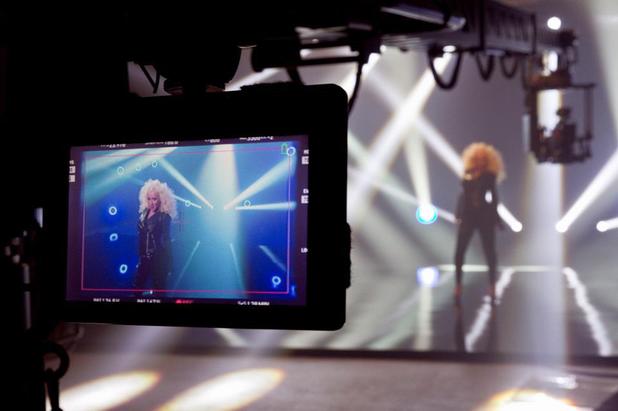 Christina had been teasing her appearance in the video with the above picture on Twitter – the 80’s look of black leather and big hair is inspired and fitting. The video itself was directed by David Rousseau and is a black and white snapshot of Pitbull’s antics as he tours the world on his recent ‘Planet Pit World Tour’, it also features a studio performance by Christina interspersed amongst the action. Towards the end of the clip, footage sees Christina join Pitbull onstage as the pair perform the track together.