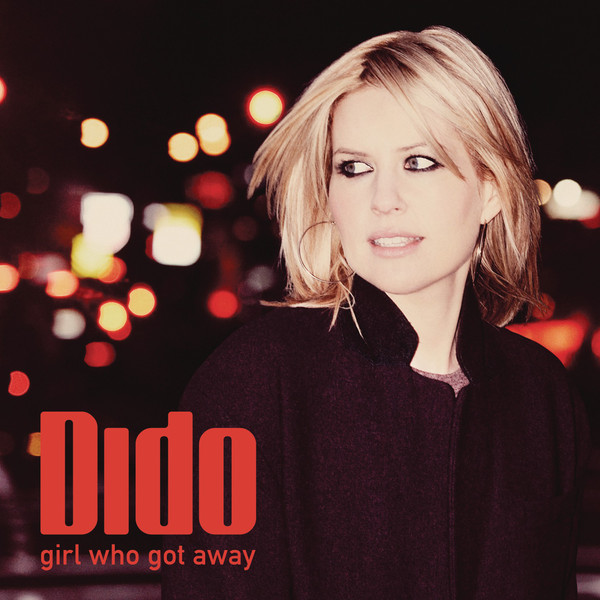 Dido’s fourth album marks a stark contrast to the quietly beautifully introspection and berefet subject matter of her previous album ‘Safe Trip Home’. Sonically, the album showcases a vast array of styles, genres and sounds – all of which underpinned with that glorious unmistakable Dido vocal.

Lead single ‘No Freedom’ is the safest, most conventional song on the collection – it serves as a reminder of what Dido does best, timeless songwriting, effotless vocal and effacing honesty – it re-establishes her with her audience and reaffirms that she is a tour de force within the singer-songwriter genre.

The album is packed with fantastic treats notably, for us the most impressive track is ‘Let Us Move On’. It is here that Dido truly shines – the downbeat lyrical content, the moody atmospheric production and the despondent yet uplifting vocal matched with the Kendrick Lamar verse creates a formidable track of tension and excitement. “Let eyes that are in pain look upon it, in all it’s glory”  the crack in Dido’s voice as she sings is revelation. There is also strength and acceptance within the lyrics “so let all that is lost be forgotten” which makes the track bold, anthemic and powerful.

Other highlights include the title track with it’s spacey, ethereal production set against it’s a tone of sorrow and longing yet with a surprisingly hopeful lyric underneath. ‘Blackbird’ is an intriguing tale of the darker side of love and romance, the vocal sounds detached and distant which adds to the effectiveness. ‘End Of Night’ is an upbeat electro number that twinkles under the delicate synth beats – lyrically it is the ultimate screw you track! Tracks such as ‘Go Dreaming’ and ‘Love To Blame’ have a spirited danceable quality whilst deluxe edition track ‘Let’s Runaway’ similarly has an infectiously upbeat, sun soaked quality, with a chorus that evokes a feeling of reckless abandon and enthusiasm.

There is strength and courage within the lyrics, the production is classy and creates interesting backdrop to the songs and the delivery is sharp and masterful. Altogether, ‘Girl Who Got Away’ is a brilliant album full of gems that shine brightly. 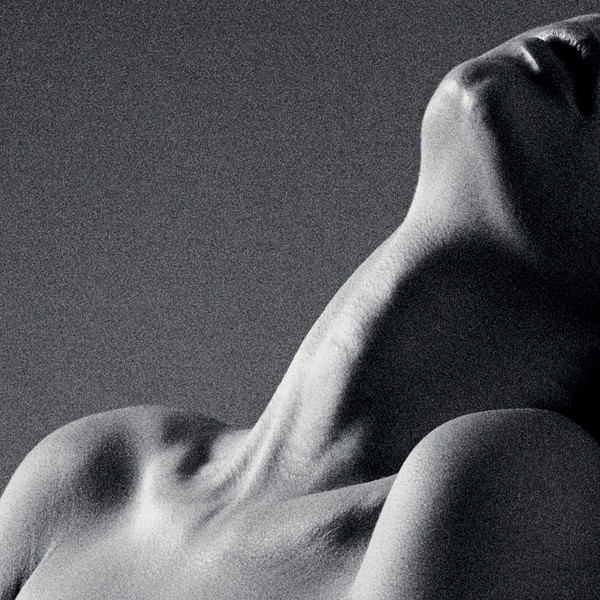 Rhye are comprised of Copenhagen producer Robert Hannibal and Toronto producer and vocalist Mike Milosh. Through ‘Woman’ the duo have crafted an album that oozes class and style – there is plenty of substance in there too with lyrics that speak of love, passion, heartbreak and yearning set against production that has many unusual charms and traits.

Usually, we hate comparisons, but at times vocalist Mike Milosh’s minimalist style and delivery is reminiscent to that of Sade, which in this case is offered as a compliment of the highest order. A similar attribute can be placed upon the production values which have an effortless luxuriant quality. The tracks are soaked in smooth elegance and sophistication whilst remaining intriguing and arresting throughout.

‘Open’ features a distinct finger snap and feels intensely intimate and it is rather lovely, it is bolstered by the use of glimmering strings and percussions. ‘The Fall’ has a piano driven sound that is looped throughout the track to create a rich and gentle affair, the subtlety is engaging. The groove on ‘Last Dance’ is sleek whilst the synth that drives ‘Three Days’ is both beautiful and haunting.

There is great measure in record as a whole, it encapsulates the full spectrum of relationships. Sonically, it feels minimal but has enough to keep it interesting and the vocal delivery is emotive without being overblown, distracting or syrupy. The strings and horns throughout the album weave a luxurious ethereal sound, whilst the production is careful and considered, it never feels forced. There is an enigmatic charm, that is simple and beautiful yet there is complexity in what is not presented as well.

‘Woman’ is a captivating and engrossing journey, the construction shows great finesse, grace and it really is an album to wholeheartedly fall in love with. 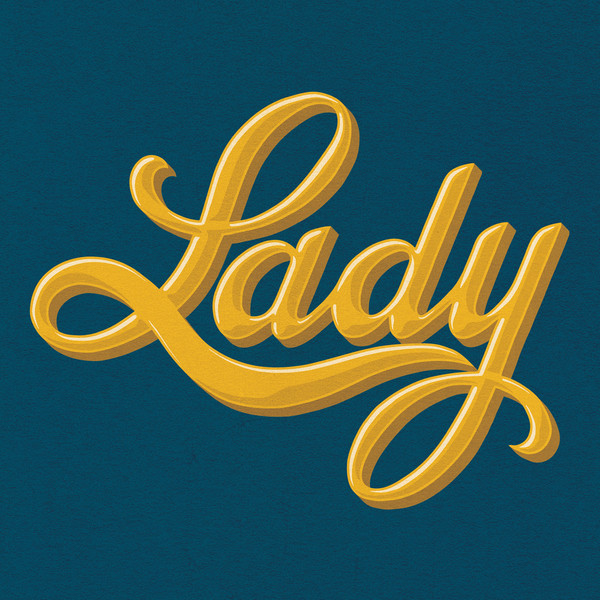 Lady are a duo comprising of two extraordinary women – firstly, the UK’s mighty fine vocal talents of the MOBO and Mercury Prize nominee Terri Walker, whose credits include three solo albums and guest vocals for the likes of Shanks & Bigfoot and Lemon Jelly AND the US powerhouse Nicole Wray whose 1998 album ‘Make It Hot’ is still cherished and adored, with Solange covering the title track at her recent gig here in London.

The pair have joined forces to present a unique offering. Each is an extremely gifted and supremely talented vocalist – each voice compliments, blends and lifts the other, the interactions between the pair feels lavish and extravagant and this creates an inspired throwback sound aided through the use of drum loops, organ, horns and live instrumentation to produce a selection of songs that are blissfully uplifting.

The songs are old-fashioned, rich in class and style. Lyrically, the pair cover familiar ground of woman done wrong by her man and tackling the gender balance with pleas of respect and affirmations of womanly independence and solidarity. Despite, the somewhat conventional subject matter, these songs sound fresh and never feel tired or cliched – the production, vocal delivery and mastery within the lyrics saves the project from being a retread or pastiche of what has gone before.

Opening track ‘Tell The Truth’ sounds vintage as the delicate piano introduction evokes the tone of a bygone era – the luscious melodies and ad-libs create a sensational sound. The strings on ‘Karma’ add attitude, pace and drama, ‘Sweet Lady’ is a sincere, touchingly sweet ode to their mothers – “I take my hat off to my mother, there will never be another like you”. ‘Please Don’t Do It Again’ is a poignant heartfelt petition, whilst the uptempo groove of ‘Good Lovin’ is full of swing and vibrancy – the lyric affirming “give it to me and I will stick”.

The solo verses and joint choruses are effective in playing out as tales told amongst friends. There is great chemistry and natural ease between Terri and Nicole and it is that which makes the album such an exciting and joyous listen.

Already available digitally, the physical version of ‘Lady’ is available from 18th March. Find out more about the duo here. 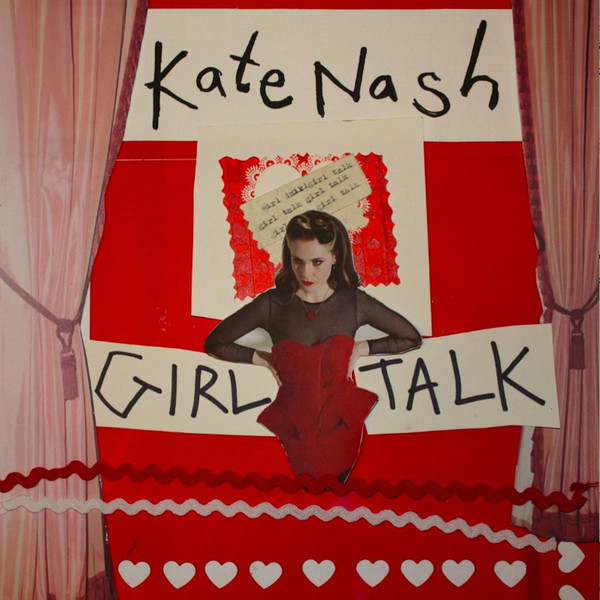 Kate’s third studio album is a bold affair. Free from the constraints of a major label, this is very much a liberation record – it feels like a celebration in many ways, a joyous collection of unabashed, unapologetic tracks that are underpinned with witty lyrics and exciting twists and turns.

The lush pop driven melodies of her back catalogue are still present but the overarching sound is more refined and direct. The opening track ‘Part Heart’ is a darkly brooding, intense number, created though the use of heavy bass and distorted guitars, the vocal delivered as a just audible whisper. ‘Fri-end?’ evokes the sound of doo-wop girl groups featured on her second album, whilst lyrically it remains as witty and observant as any of Kate’s previous material.

Kate is never a bystander, she is engaged and rather than pointing out the wrongness of a situation, she does something about it and with this attitude, the battle cries presented in the lyrics are smart in that they cleverly inspire and gently offer solutions to issues. This is most notable on tracks such ‘Rap For Rejection’ where Kate raps“female castration, go live demonstration! Domestic violence racist homophobic, let’s make a whole list. Girls and boys we stick together. They try to keep us quiet, but we won’t stop, make it happen.” On ‘Oh’ she attacks the facile and image fixation “don’t tell me who to be, I care about reality… I am angry”. Whilst, on ‘You’re So Cool, I’m So Freaky’ she affirms “I’ve got big plans, I’ve got something to say”.

Elsewhere, ‘Death Proof’ has a gloriously dark sound and the layered vocal techniques create atmosphere. ‘Are You There Sweetheart?’ is touching and highlights the truth, vulnerability and heart that makes Kate’s music so endearing. ‘Sister’ is a familiar tale of friendship abandonment. “It’s not fair of me to judge…” Kate ponders as she explores a full range of feelings – the pain, regret and unknowing is played out against a backdrop of expansive sounds – it feels dramatic and like multiple songs in one. ‘Ommygod’ speaks of time apart from a loved one “yesterday a dolphin kissed me but I don’t feel any different”. Similarly, ‘3am’ also explores romantic love missed through distance and time “you are the one I think of, all the night”.

There is emotion, aggression and plenty of shouting painted across the tracks and at times the melody becomes lost amongst the impassioned and spirited intentions, however, in avoiding the conventions, it adds charm and effectiveness to the record and that passion becomes infectious and refreshing. ‘Girl Talk’ is an outstanding return from a brilliant lyricists and observer of life.