The competition that everyone has an opinion about, the show that is hideously mocked, loved to hate whilst taken most surprisingly seriously and defended with great passion is upon us once more. 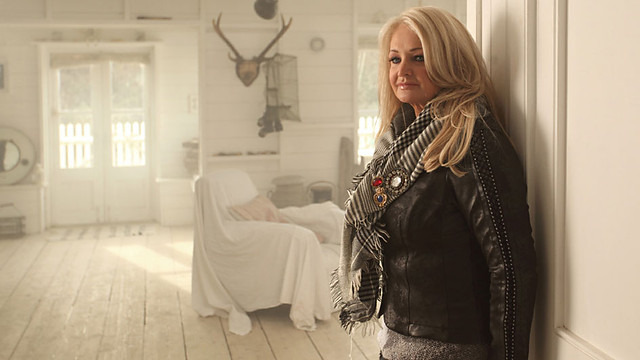 Yes, the Eurovision Song Contest 2013 is looming and today the UK announced its entrant for the forthcoming annual competition, which is taking place in Sweden on May 17th. Welsh songstress and powerhouse vocalist, Bonnie Tyler, of ‘Holding Out For A Hero’ and ‘Total Eclipse Of The Heart’ fame will represent the United Kingdom with the track ‘Believe In Me’.

The track was written by US songwriter extraordinaire Desmond Child who has penned gigantic smash hits for the likes of Bon Jovi, Meatloaf, Ricky Martin, Cher, KISS, Michael Bolton and has also written for Bonnie before. Alongside Desmond, UK writers Lauren Christy, who was once part of the writing and production team known as The Matrix who crafted hits for Avril Lavigne, Ronan Keating and Britney Spears together with the magnificent Chris Braide who over the years has written and produced for artists such as Beverley Knight, Christina Aguilera and Will Young.

So, with all those exceptional credentials, you’d expect ‘Believe In Me’ to be amazing. However, on the first listen the song itself is a somewhat underwhelming, plodding number that lacks immediacy. Much like last years UK entry ‘Love Sets You Free’ by Engelbert Humperdink, the song is a rather safe, slow burning grower – repeated spins are essential, before the melody and lyric becomes engrained within the brain.

On the other hand, Bonnie does a great job rousing the track to life and her years of experience elevate the song to be greater than it appears on the first listen – her mighty fine vocal is fiery yet emotive and tender. Her live performance on the night will no doubt lift the song to higher heights as well.

How it will fair on the Eurovision stage is anyone’s guess of course!

‘Believe In Me’ will feature on Bonnie’s forthcoming album ‘Rocks & Honey’, which is due for release on 6th May here in the UK.