On Saturday night, we had a date with Girls Aloud at The O2, as we joined the girls in celebrating ten years of music. 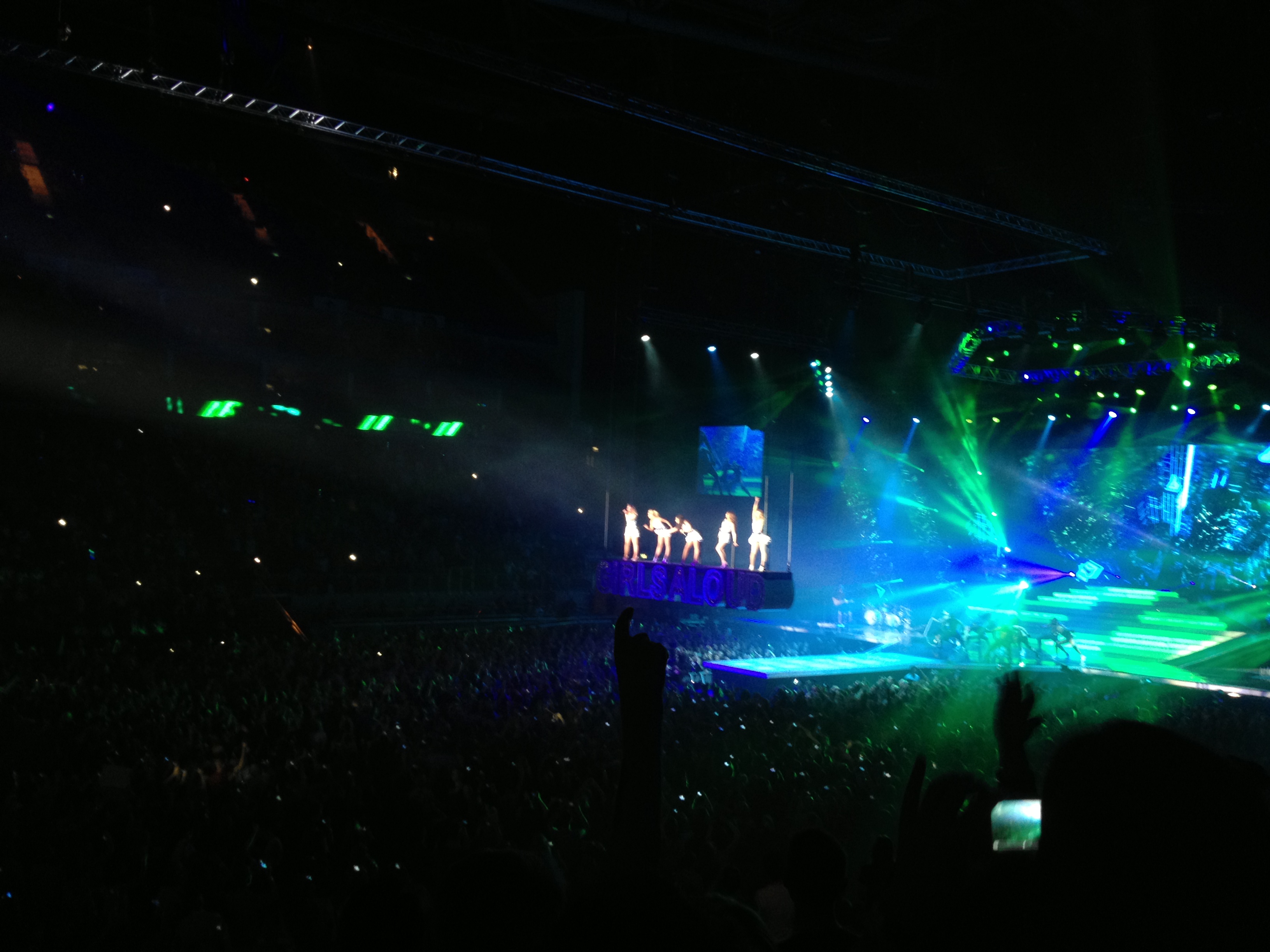 ‘Ten: The Hits Tour’ was a fabulous show of breathtaking musical success, spliced with tinges of nostalgia and glamour. Appearing atop the Girls Aloud logo, the band launched into an impressive almost chronological run of singles beginning with the hypnotic ‘Sound Of The Underground’.

Highlights included the vampy, complete with expletives version of ‘No Good Advice’, a heartfelt performance of ‘Life Got Cold’, with a nod to their 2005 ‘What Will The Neighbours Say Tour’, a glorious performance of ‘Whole Lotta History’ and a magnificent performance of their finest moment ‘Untouchable’, which featured seven minutes of choreographed drama and THAT vocal from Nicola Roberts. Elsewhere tracks such ‘Love Machine’ and ‘Biology’ were greeted with a frenzied hysteria.

Despite nearly a four year tour break, it was largely business as usual. At times, the costume changes between songs felt long and there wasn’t much on offer in terms of originality – it had all been done before on previous Girls Aloud tours BUT none of the mattered because the essence of the show was all about their amazingly brilliant back catalogue. The music remains catchy as ever and has hardly dated considering and sounds fresh and exuberant as it ever did. The girls themselves gave great performances – it was a joy to see Nicola Roberts show off her amazing vocals – nothing goosebumps and shivers down the spine during her section of their newest hit ‘Beautiful Because You Love Me’. Other new tracks in the form of ‘On The Metro’ and ‘Something New’ dazzled and were greeted with rapturous receptions too.

In short, we LOVED seeing Girls Aloud together again and it was emotional and joyous to hear all the hits again. Girls Aloud – ‘Ten: The HIts Tour’… what an absolute BIG giant, amazingly brilliant triumph!