Last night, we had an outing to see Justin Bieber at The O2, as his ‘Believe Tour’ hit London, for the first of four dates in the capital.

Today, much of the press garnered from the show is about the late arrival of the star. It was beyond frustrating waiting to see him start the show – momentum and frenzied anticipation created by support acts Cody Simpson and Carly Rae Jepsen fizzled away as the minutes ticked by. As an aside, Carly did a great job of warming up the crowd – her likeable personality and blend of unabashed pop suited the arena setting. 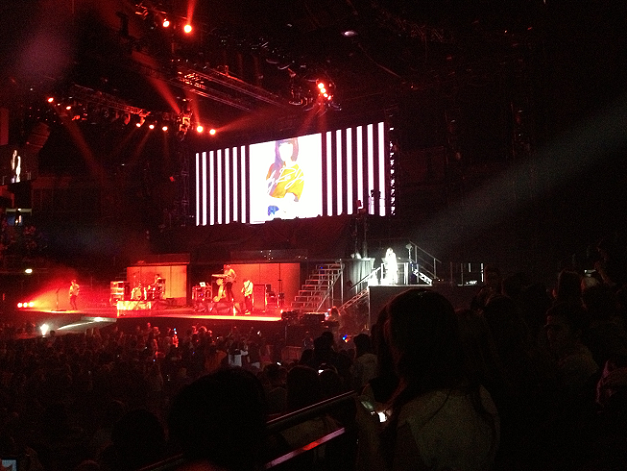 By 9:45, audibly loud boos and chants of “we want Justin” began to spread across the arena. Michael Jackson’s back catalogue was pumped out across the venue to groans from surrounding audience members and at 10:15, a video countdown showing ten minutes added further to the agonising wait.

At 10:25, the show began, with Justin appearing some five minutes later, following some impressively shot video montages. Arriving on a pair on wings, the dazzling high octane, slickly choreographed performance began and the momentum carried through across opening track ‘All Around The World’ through to a medley of earlier hits that featured a cracking version of ‘Somebody To Love’. 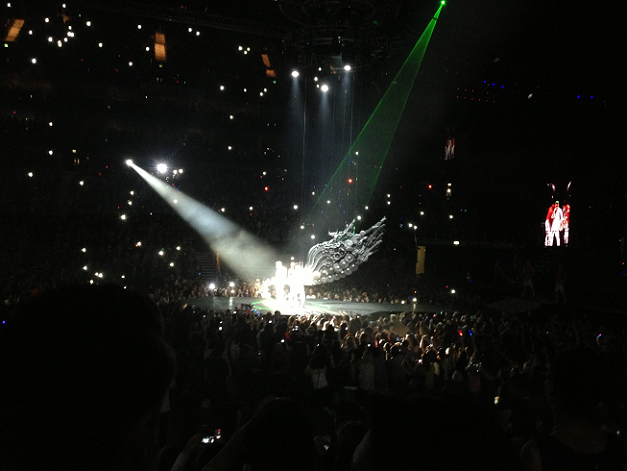 By the time Justin performed a brilliantly conceived version of ‘She Don’t Like The Lights’, it was 11pm and the show started to lose pace and focus with a different set, video montage or costume change taking place after each song. Then, he began to do lengthy band introductions – and so we left, as we did, there were streams of others doing the same. In the foyer of The O2, there were hundreds of parents waiting to collect children and it was chaos.

Had the show started at a reasonable time, focus and subsequent reviews would have centred around the lavishly impressive production values, the polished theatrics, Justin’s effortless interactions with the audience and sheer extravagance of the show – it would have been a triumphant evening, and so it is a real shame indeed, that his tardiness rather than performance garners much of the press attention today.