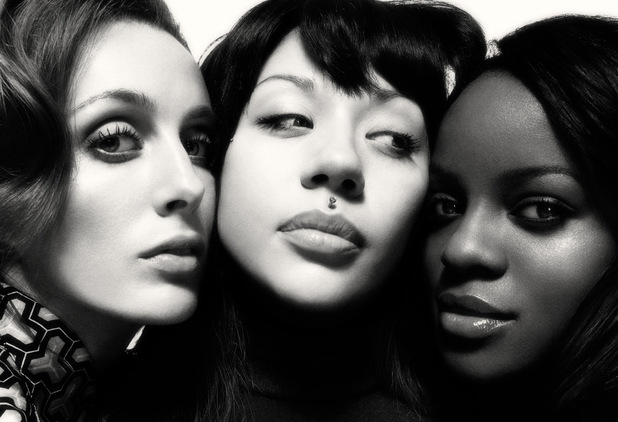 The trio have been recording and preparing their assault on the charts for some time now. So far, only a mere three second audio clip of a new track entitled ‘Boys’ which premiered on Popjustice has been made available, and is thus far the closest the masses have come to hearing studio recordings from the ladies in over a decade.

Mutya Keisha Siobhan have been working with the incredible Dev Hynes (you might know him as Lightspeed Champion or Blood Orange), who is co-responsible for the recent, amazingly divine ‘True’ EP with Solange. On his SoundCloud page, Dev wrote… “Just finished recording new music with Mutya, Keisha and Siobhan and the girls felt like having a bit of fun at the end of the last session – enjoy!!” The recording in question is an interpretation of the might Kendrick Lamar track ‘Swimming Pools (Drank)’

What complete glorious majesty! It is supremely exciting and heavenly to hear those three distinctive voices blending together once again. The sultry tones of Mutya on the verses, combined with the belting runs provided by Keisha in the chorus and all held together with ethereal glue of Siobhan who owns the breakdown middle eight – BEYOND very wonderful indeed ladies!