Previously, our only experience of seeing Ne-Yo live was at a Capital FM event, where he performed a handful of songs, which included an AMAZING medley of tracks that he had written for other artists. With that in mind, last night, we experienced our first ever full length Ne-Yo concert to watch as he completed the UK leg of his ‘R.E.D World Tour’ at The O2 in London. 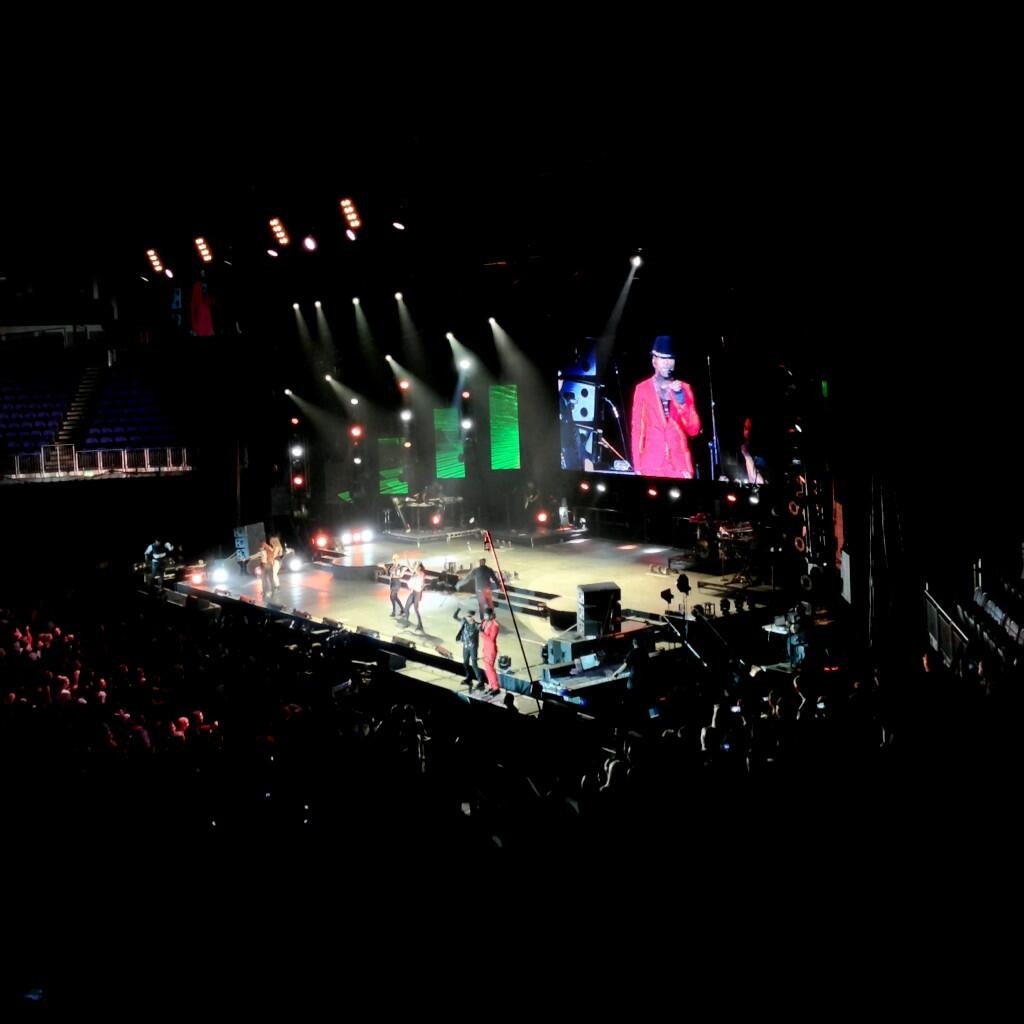 Arriving shortly after 9, Ne-Yo showed he meant business by thrashing out hits such as show opener ‘Let’s Go’ and ‘Beautiful Monster’ in rapid succession, only stopping for breath with fifth number ‘Mad’, which was greeted with vigorous sashaying, arms aloft from the enthusiastic crowd. This was then followed by more uptempo tracks such as ‘Miss Independent’, by this point Ne-Yo had driven the audience further into a complete frenzy.

About halfway through the gig, the punishing pace gave rise to a slower portion of the show which saw Ne-Yo deliver the more romantic, heartfelt and reflective tracks he is so well known for with performances of songs such as ‘So Sick’, ‘Carry On’ and ‘Do You’. During this section (well, throughout actually), he talked honestly and at length about his daughter Maddie, where a video montage of stills featuring father and child blazed across the video screens to ‘Alone With You (Maddie’s Song)’ which was sweet and endearing and gave a glimpse into his personal life and the reasons for his artistry.

The gig flowed and had a nice quality to it, it did seem to be an audience lull during the reflective, slow-jams section but overall there were plenty of surprises throughout for this not to matter. Conor Maynard who earlier impressively opened for the R&B superstar joined him onstage as they sang ‘Turn Around’, a track Ne-Yo had written for Conor’s debut album ‘Contrast’. After Conor departed the stage, Ne-Yo paid a touching tribute to the UK star, which showed great spirit and sincerity. Later in the show, Ne-Yo was joined by country music legend Tim McGraw (who is, himself headlining the same venue this evening, 16th March) to perform the album track ‘She Is’ – it proved to be a rousing and unexpected treat.

The show itself was refreshingly simple in terms of production and staging, there were no excessivelyflashy costume changes or gimmicky sets that interchanged after every song, there was simply one large stage which housed eight dancers and a six piece band. There were pyrothenics and flashes of flames used in good effect, notably during ‘Burnin’ Up’. The simplicity in the production values gave way to the strength within Ne-Yo’s back catalogue – he really has written some completely brilliant radio friendly songs that crossover and transcend genres, which was further apparent looking out across the varied audience in attendance. 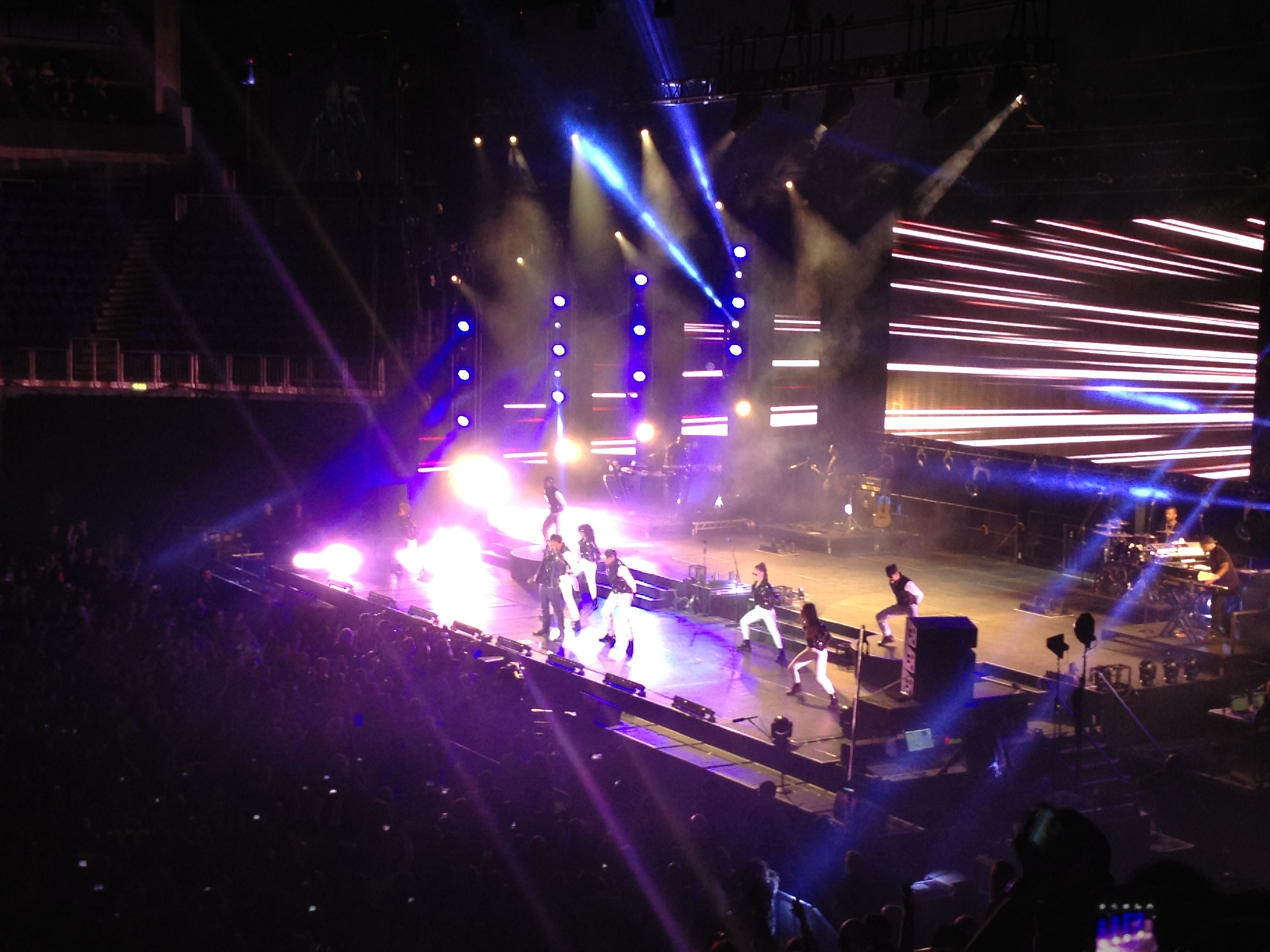 The closing and encore contained several gigantic hits from the gloriously infectious ‘Because Of You’ to the seductive ‘Sexy Love’ and upbeat groove of ‘Closer’. The tracks performed during the final encore were beefed up, the likes of ‘Let Me Live You (Until You Learn To Love Yourself)’ delivered with astonishing energy and vigour.

The two hour show was impressive and most importantly showcased the great artistry and talent of the man. It was also endearing to hear the man talk openly, sincerely and frankly – we always warm to and appreciate chatty artists and Ne-Yo certainly held great respect and chemistry with his audience. Most of all, the entire show felt like a master class in how to make performing look natural and effortless whilst exuding pure class throughout. A might and formidable show indeed.