Those swoon inducing vocals can make you weak at the knee and bring a lump to the throat. The wistful melancholic tone to her voice lends itself so well to so many different styles and Sophie really has explored the full range during her career thus far. Her most recent work has found itself focused on the dancefloor, punctuated with some high profile collaborations with heavyweights such as Bob Sinclair, Mathieu Bouthier and Armin Van Buuren. 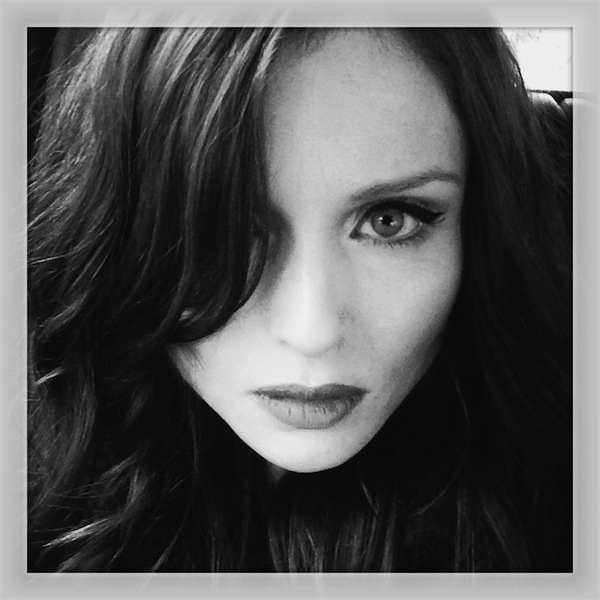 Here’s the extraordinarily exciting news everyone… Sophie will release her fifth studio album later this year!!! Following the release of the magnificent ‘Make A Scene’ in 2011 and arrival to her third child Ray, Sophie has been teasing the new project and preparing for its release for sometime now.

Writing a blog post on her newly revamped website, Sophie reveals the current status of the project and provides some interesting details, such as the style and sound she has been exploring… 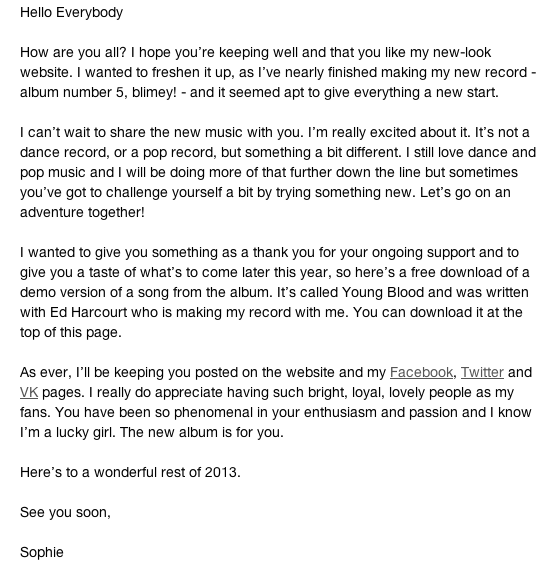 As you can see from the blog, Sophie has been working with Ed Harcourt. He and Sophie previously worked together on the track ‘Cut Straight To The Heart’, which features as the gloriously moody closing track on ‘Make A Scene’.

The new track, ‘Young Blood’ that Sophie mentions is available to download for free by way of thanks. The song is in demo form at the moment so it will be interesting to hear a more refined version, if it makes the album. In its current form, the track is a delicate piano driven, lyrically thoughtful and reflective song, which showcases some hugely impressive vocals – powerfully simple and gorgeously beautiful. You can download ‘Young Blood’ via the widget below.