Amazing and exciting news everyone… the divine goddess that is KT Tunstall is back with a new album entitled ‘Invisible Empire // Crescent Moon’. The singers fourth studio album is set for release on 10th June and is available for pre-order now through Amazon. 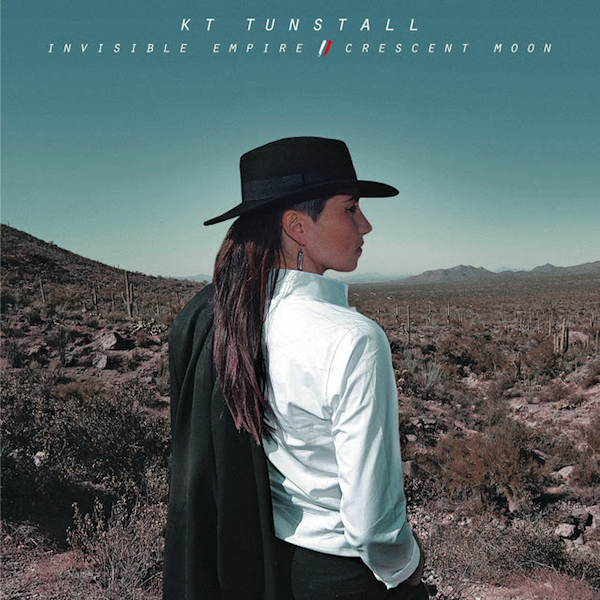 Following the release of the monumentally brilliant album ‘Tiger Suit’ in 2010, KT has toured extensively across the UK, Europe and USA, released a live album (‘Live In London’) and an EP entitled ‘Scarlet Tulip’, both of which are exclusively available from her online store. During this time, she also recorded a new album.

I GOTS A NEW ALBUM!! ‘Invisible Empire // Crescent Moon’, made on tape in Arizona. YOURS to own, feed & take for walks, Summer 2013 #iecm

As an initial glimpse into ‘Invisible Empire // Crescent Moon’, a short video introduction teasing the recording process and landscape is presented in the video below…

KT will play some dates to coincide with the release of the new record. The dates include…

Pre-sale opportunities are available for the shows at Leeds, Glasgow and London and begin tomorrow (21st March) at 10am – details are available here.