The devastatingly amazing and incredible Diane Birch is gearing up to release her eponymous sophomore album at the end of April. 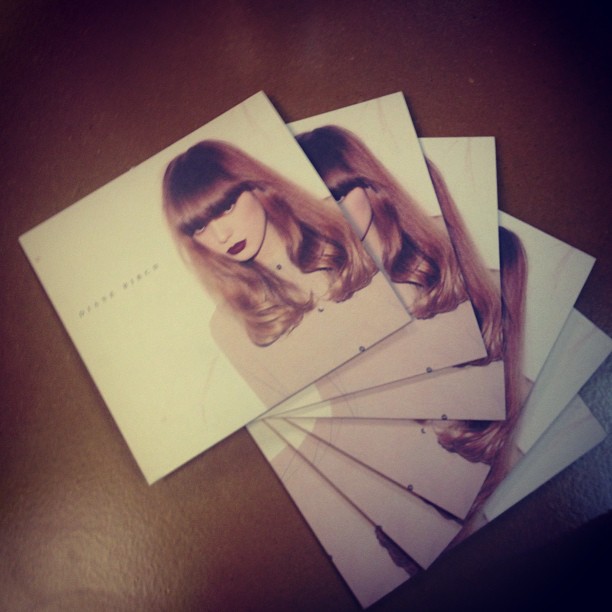 The follow-up to Diane’s incredible and gorgeously sublime debut ‘Bible Belt’ will feature tracks that have been crafted alongside Eg White, Matt Hales (Aqualung), Steve Greenberg and Questlove of The Roots. Sonically, the album presents songs that showcase her imaginative and far reaching songwriting as well as showcasing her supreme piano playing even further than before. A full press release with further details of the album can be found here.

So far, three tracks from the record can be heard on Diane’s webpage. We listened to them last night, as we lay in the dark and upon hearing the beauty within the lyrical truths and exquisite production, goosebumps appeared, the spine-tingled intensely and tears streamed down the face – it was a completely overwhelming experience. There is great majesty and resplendence within the songs – each had a different way of making the heart swell, the spirit swoon and loftily soar dazzling heights. Lyrically, the storytelling is captivating and the three songs, offer hope in abundance as well as collective togetherness that is universal for all human beings and a sense that the thoughts and feelings conveyed transcend all of time as well.

The track ‘Speak A Little Louder’ is drenched in classiness, the vintage throwback bluesy soul sound with a wobbly synthesised piano introduction, is reminiscent of the very best Prince is altogether utterly glorious. The lyric affirms “if you’re wasting time and nobody knows, speak a little louder” – there is such tenderness, warmth and urgency with the delivery whilst the vocal delivery is magnificent.

‘Superstars’ is an extravagant journey – from tiny beginnings, the song builds to a tremendous climax. It features the best opening line of any song since ‘Yes December’ by Nerina Pallot which begins “When you see a solitary glove in the snow, do you think where did the other one go?” the opening on ‘Superstars’ begins, “Butterflies don’t compromise my reason” – sumptuously divine! The dreamy, twinkling piano is a delight, it is ethereal and bewitching whilst the lyrics hold great reverie “listen up this one’s for you, let’s go dance on Mars, were superstars tonight”. The vocal is intensely rich and incandescent.

‘Unfucked’ is also presented, it is a heady, complex and arresting mix of beauty, passion and emotion. From the simple opening which begins with a delicate piano, set against Diane’s quivering vocal as she sings “tongue tied and twisted, it always comes out wrong” – heartbreakingly goregoeous. Vocal embellishments within the second verse build drama and atmosphere whilst the chorus offers wisdom in the affirmation “tomorrow will come and it might be a little more unfucked”. It is a song of grace and unity – a manifesto song built to rouse and empower.

These three songs alone show how much Diane has evolved as a songwriter and grown as a person – the music she presents is stunningly exquisite. Diane will preview more music from the new album during a live show that is to be braodcast from her living room on Sunday 23rd March – online admission and other details can be found at Stage-It.