Last night, we were dragged to see The Script as the trio played the final date on their ‘#3 World Tour’ at The O2 in London. We had previously seen the band before they experienced chart success, so it was great to see how far they had come from a tiny club with a capacity of 200 to an arena which was full to bursting with 20,000 attendees… having seen over 50 concerts at The O2, last night was THE most packed we’d ever known it. 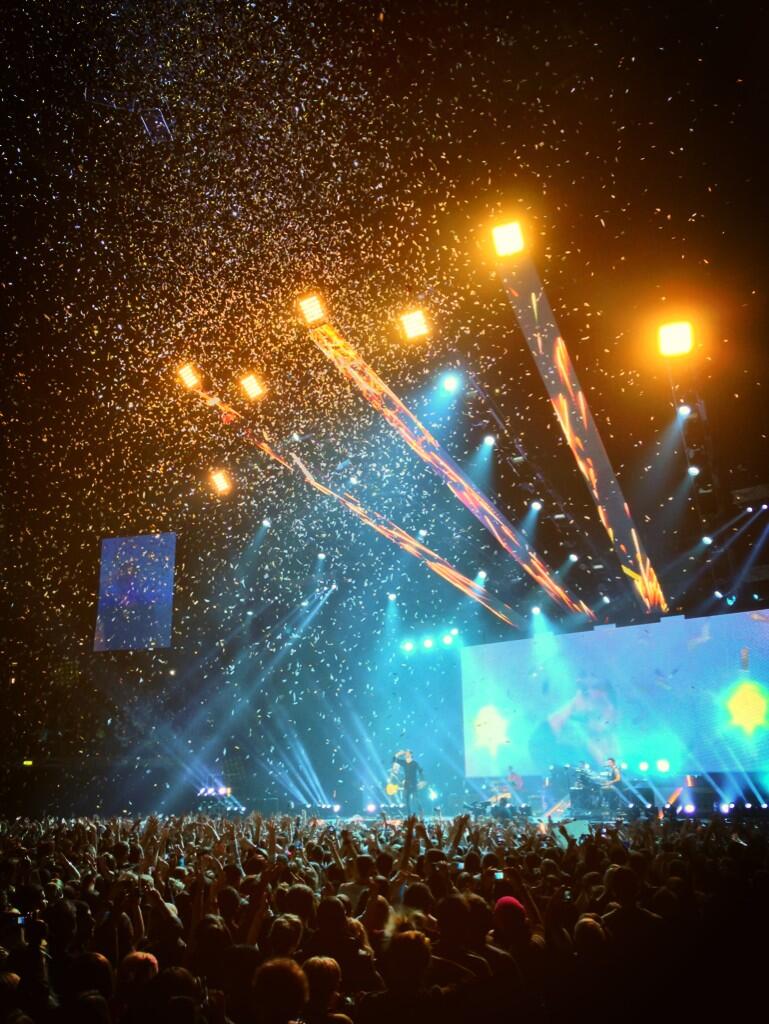 Material was largely drawn from the hugely successful self-titled debut and their most recent effort ‘#3’ – given the simplicity of the show and absence of any real staging or production the band did a mighty job of captivating the attentive and eager crowd. There was a good level of interactions between the band and audience and they dazzled in reeling off radio friendly, rousing hit after another. The set consisted of just 15 songs which filled 90minutes – songwise, the biggest reaction of the evening was unsurprisingly for their skeleton key ‘The Man Who Can’t Be Moved’, which received a lengthy rapturous applause. Other highlights included Danny appearing at the back of the arena and walking through to audience to the stage and the band calling and singing to an ex-boyfriend of an audience member. The stage itself was swathed in the word three written in multiple languages and three video screens that extended out and above the arena floor, which were impressive. A big bang and ticker tape fall marked the end of the show and that really is all you need to know!