The incomparable Justin Timberlake released his third studio album ‘The 20/20 Experience’ this week – it is an album that is all kinds of brilliant. Unsurprisingly, many reviews have focused on track lengths and made comparisons to the forward thinking of ‘FutureSex/LoveSound’ rather considering it on its own merit.

Here, we LOVE it! The tracks are unmistakably Justin and have a timeless quality to them. The songs are new, fresh and exciting whilst Justin sounds invigorated for the lengthy break between albums. It certainly takes attention span and patience to appreciate the beauty, tone and message of the record but it is worth it as it is really slick and polished throughout. Sonically, it is adventurous, expansive and luxurious, rather than opting for current trends, he has delivered an album that directs the Justin Timberlake sound even further once again.

Most notably, ‘The 20/20 Experience’ is a romantic album that is directed at the heart – it centres on all forms of a relationship. From lust (‘Suit & Tie’, ‘Let The Groove Get In’), love in it’s infancy (‘Pusher Love Girl’, ‘Strawberry Bubblegum’) to enduring relationships (‘Mirrors’, ‘That Girl’).

‘The 20/20 Experience’ is is a concept album, and as the title suggests it is an ‘experience’, so negative connotations regarding overly lengthy song durations are unnecessary  – put simply, the fullness of each track blend into an subtle interlude and conclusion, a technique and style used successfully here and previously on ‘FutureSex/LoveSound’.

Timbaland again does a great job in producing a sound that others will again attempt to replicate. The clattering driven rhythms of his visionary production are felt most notably on ‘Don’t Hold The Wall’ and ‘Tunnel Vision’ – they are both moody and atmospheric. All tracks feature lush orchestration, each song is given the space and time to play out and develop, as a result they are sonic landscapes that cover vast terrain of tight beats and old school samples thus creating a unique album of gorgeous throwback, modern vintage soul sounds. 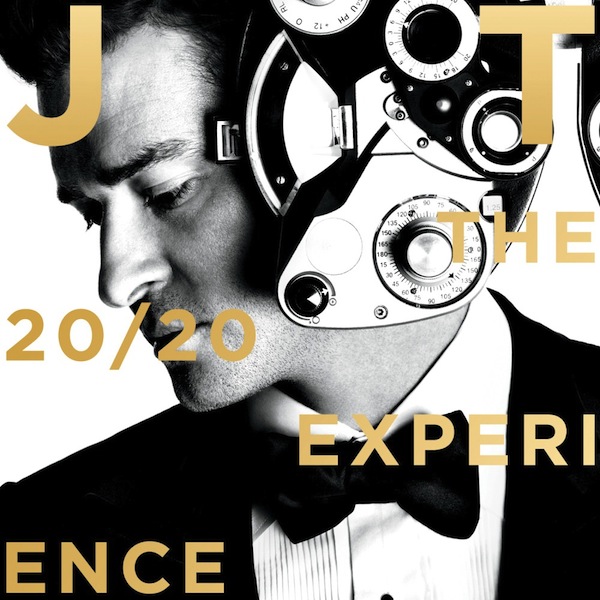 With the album release, Justin teased and confirmed that a further TEN tracks will also be released. The second volume is due to be presented by November!!!

With ‘Mirrors’ this week spending a third week atop the Official UK Singles Chart, the video to accompany the track has been unveiled. The Floria Sigismondi directed video is rather touchingly dedicated to Justin’s grandparents, which is a sincere gesture and further enhances the potency of the lyrical content and sentiments behind them.

The clip charts the love story between two people as they meet, fall in love and spend their lives together before Justin appears at the breakdown to perform a routine. Once again, Justin shows how magnificent he is at being a pop star as it is an absolutely stunning video – creative, stylish and brilliantly executed.