Last week, here in the UK, the incredibly mangnifiecnt LeAnn Rimes released her fourteenth completely brilliant and rather fantastic studio album entitled ‘Spitfire’. The album is a collection of tracks that offer a strikingly honest, refreshing account of LeAnn’s personal life over the past few years, the text on the back inlay of the CD version reads “The truth. In no particular order” and so the album attempts to correct the inaccuracies that the media has previously presented as truth, and for that reason alone, it is a very special and intimate sounding record.

Collectively, each of the thirteen songs form part of the same story, which largely explores a mixture of emotions and viewpoints. The tracks are altogether beautiful with a tenderness and sadness yet many tracks are saturated with an uplifting element offering positivity and hope with the realisation of the need to face the future bravely and confidently. 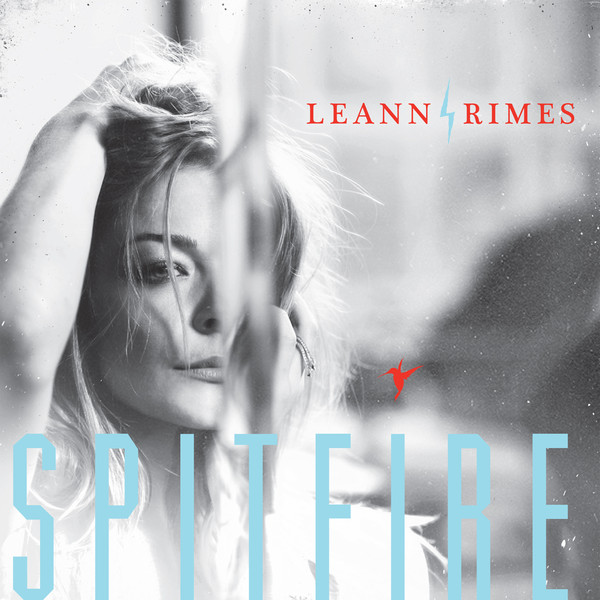 There is feistiness, spirit and lighthearted humour on display within tracks such as from the biting acid attack of title track and ‘I Do Now’ which features the most glorious in your face, lyric “I’m alive more than I’ve ever been, freer than I’ve ever known”. ‘You’ve Ruined Me’ is a upbeat exploration of how relationships change an individual “to me it’s a revelation, to you it’s no surprise, that all the things that you do to me, they’ve made me come alive”, the jangly guitars, layered backing vocal hooks and John Shanks production give it a timeless feel. ‘Just A Girl Like You’ offers a jubilant and infectiously playful country sound – the lyrics serve to remind that everyone is essentially the same “I’ve been brave and I’ve been scared”. ‘You Ain’t Right’ is devilishly naughty yet each of us has played out the lyrics during the post break-up of a relationship and so whilst these are LeAnn’s truths, this track in particular becomes a universal truth “you dead burn lazy son of a gun, never doin’ me right, sorry S.O.B. good for nothin’ piece of sh*t.”

The strong and defiant attitude is not wholly typical of all tracks, there is yearning, regret, questioning and longing within the lyrical content, ‘What Have I Done?’ best typifies this sentiment as the LeAnn expresses “Oh what have I done, what have I done? There’s a hurt in me that I don’t understand…” against a quietly fragile sonic soundscape – it is both touching and heart wrenching. LeAnn’s cover of the Missy Higgins track ‘Where I Stood’ is extremely effective and fits perfectly with the tone and content of the original material on the album album. ‘A Waste Is A Terrible Thing To Mind’ is a slow burning reflective track that evokes the sense of sorrow and regret “all i feel is his ghost walking by”. The single ‘Borrowed’ is a gorgeous yet heartbreaking lament to not being able to have the lover you want, “I don’t want to give you back” – it provides the album with LeAnn’s most haunting vocal.

‘Spitfire’ is a mighty fine album from LeAnn, her voice is as ever strong and clear, soaring, boundless against the music which is lyrically, deeply personal whilst sonically it advances her existing country sound and fuses elements of the pop crossover she has explored on albums such as ‘Twisted Angel’ and ‘Whatever We Wanna’. A remarkable, intriguing and striking collection – a must have!

In support of the album, LeAnn has announced four shows across the UK, dates include:

Tickets go on general sale from Friday 26th April at 10am. Further details and venue information is available here.