As we all know, NEW Beyoncé music is on the way! Following last month’s teaser ‘Bow Down/I Be On’, the incredible and amazingness of Beyoncé has today unveiled two pieces of new material *explodes everywhere with huge excitement* 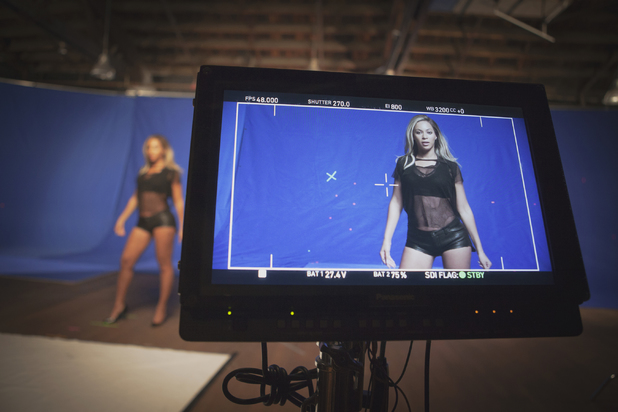 The first, is a snippet of a track entitled ‘Grown Woman’ which features in a new commercial for Pepsi Max. In the advertising clip, Beyoncé revisits the now iconic incarnations that were featured in previous videos for the singles ‘Bootylicious’, ‘Crazy In Love’ and ‘Single Ladies’. The Timbaland produced track appears in part during the one minute advert and will be unveiled in it’s full form from 8th April.

The second snippet of new material arrives after being featured in a movie trailer for Baz Lurhman’s forthcoming epic telling of ‘The Great Gatsby’. Beyoncé along with with Andre 3000 have created their own unique reworking of the Amy Winehouse track ‘Back To Black’ for the soundtrack which also features new music from Lana Del Rey, Florence + The Machine and Sia, amongst others.