Last night we had an outing to see the remarkably talented Emeli Sandé play the third and final date of her current jaunt in London. 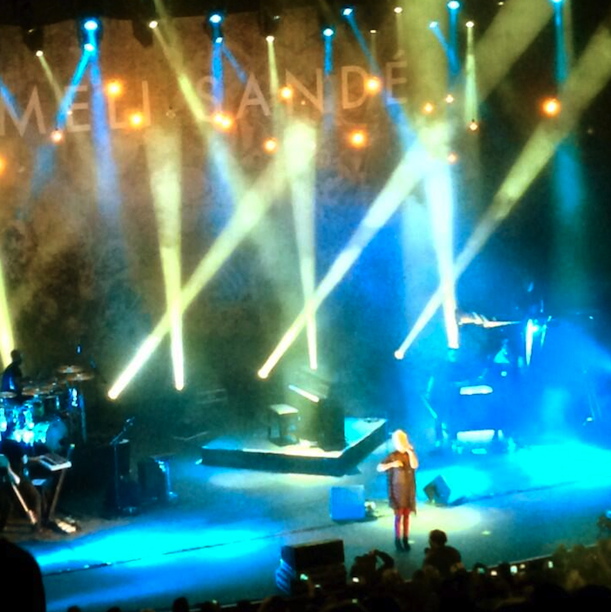 It is always a pleasure and delight to see Emeli perform live because of the boundless energy and stagemanship she possesses. We love a pop star who is an on-stage talker as it helps to endear the artist with the audience and as Emeli is never quiet between songs, she excels in sharing her likeable personality and passion for her music.

In a live setting, Emeli’s music is so much greater than the recordings. The somewhat tame sounding versions of tracks on her phenomenal selling album ‘Our Version Of Events’ are cranked up so they sound enlivened and refresh. She largely played tracks from her debut and opened with the enormously brilliant and anthemic ‘Heaven’ which was a bold statement of intent, but one which was matched throughout the evening. It sounded like a greatest hits show with so many of the tracks being the soundtrack to the last twelve months. Other highlights within the set included a dark and powerful rendition of ‘Daddy’, an emotional yet euphoric performance of ‘Mountains’ and a rousing interpretation of ‘Wonder’.

The audience indulged Emeli as she performed three new tracks in the shape of ‘Half Of Me’ which appears on the latest Rihanna album as well as ‘Pluto’, which came complete with a sort of arm dance routine and a track dedicated to her husband Adam entitled ‘This Much Is True’.