The incredibly gifted and supremely talented, American Idol season three chamipon, Fantasia returns with her fourth studio album ‘Side Effects Of You’ on 22nd April. 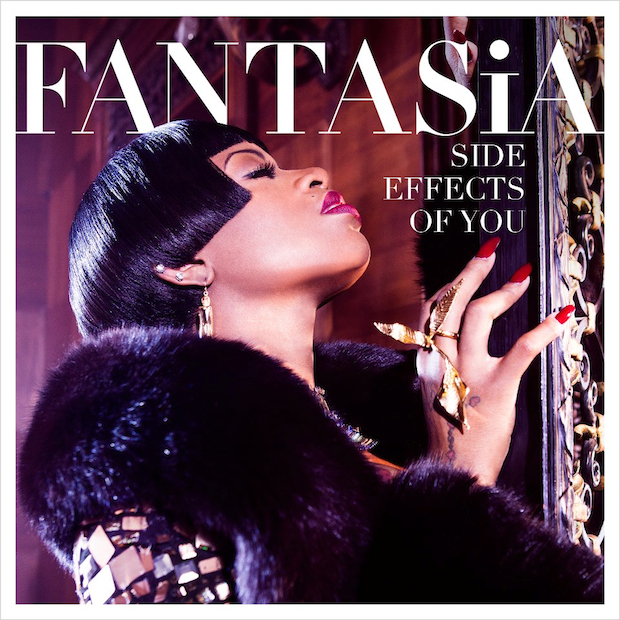 Following 2010’s brilliant and life affirming third album, ‘Back To Me’, which became her most cohesive, successful and highest charting record to date, Fantasia has spent much of the past three years preparing the collection and has focused on co-writting much of the material on the album alongside the likes of Emeli Sandé, Andrea Martin and Missy Elliott. The executive producer on the record is Harmony, who in turn produced the majority of the tracks on the album, with the exception of the title track which was handled by Naughty Boy. Featured guests on the album include Big K.R.I.T as well as Kelly Rowland and Missy Elliott who join forces for the track ‘Without Me’. The song itself is reminder to those who in a relationship might take forget and advantage, the heavy beat driven slow jam is fantastical.

The album also features the lead and current single, ‘Lose To Win’, which Fantasia will perform on American Idol on Thursday 18th April. The smooth, empowering and emotive track features a sample from the Commodores classic track ‘Nightshift’ and was co-written by Fantasia alongside Andrea Martin and Emeli Sandé.

‘Side Effects Of You’ can be previewed within the SoundCloud player. The snippets showcase a varying number of styles and sounds, underlined by that astonisgingly incredible voice – it sounds like a strong and promising collection indeed.