The dazzling Lulu James emerged in 2012 with the release of her debut EP ‘Rope Mirage’, which featured three tracks that showcased her blend of hypnotic and darkly atmospheric, eerie tribal soul beautifully. The most arresting aspect was the glorious wide ranging vocal which soared like a beacon against the vast and experimental soundscapes – traditional conventions of music were abandoned and the sound created was, exciting, unique and refreshing. This was followed by the ‘Be Safe’ / ‘Stuck’ EP which again showcased Lulu’s exquisite magisterial vocal prowess against an enormously heady and powerful mix of diversely haunting sounds. The two tracks offer polar contrast sounds that illuminate Lulu’s ability to dominate the music she creates ‘Be Safe’ opts for soft beginnings and culminates with a remarkable vocal masterclass set against an array of lively pounding drum beats, whilst ‘Stuck’ is a groove driven mid-tempo number with an irregular off kilter drum beat. Listen to the tracks below in the SoundCloud player..

Having inked a deal with Sony, this week sees the release of Lulu’s debut for the label and boy what an impact she is set to make. ‘Closer’ arrives a bright, focused and completely brilliant release – the track has a little of everything with soulful R&B and electro beats. The synths evoke an air of 80’s electronica whilst the huge vocal creates a sound reminiscent to that found on 90’s house music, there is an insatiable funk element to the track as well. The chorus is irresistibly infectious and helps add to the urgent and moreish quality of the track and as a whole ‘Closer’ ultimately begs for repeated and continuous plays. ‘Closer’ is available to download from iTunes here.

Last night, we saw Lulu James open for Emeli Sandé at the Hammersmith Apollo. The thirty minute set was bold and captivating in that it gave Lulu chance to explore the many styles that her music encompasses – the impressive array of sounds created by the band were held together with a tour-de-force vocal display. It was great to hear Lulu in a live setting and in those often rare occasions, she sounds as incredible in the flesh as she does on record. It was a strong, confident and commanding performance. 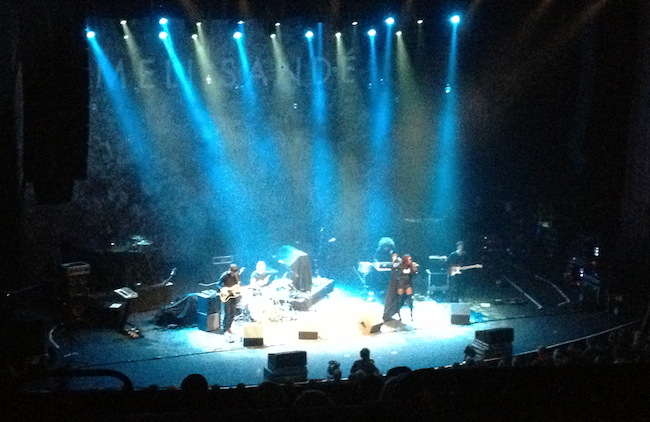