Paramore self-titled fourth studio album was released this this week. The album is all kinds of fancy and on the whole completely brilliant. Given the four year gap between albums, one thing that remains true is that their music is full of anthemtic and stadium built songs most typified on tracks such as ‘Last Hope’ and ‘Daydreaming’. Many songs build upon the sound captured across their hugely impressive back catalogue, tracks such as ‘Fast In My Car’, ‘Anklebiters’ and lead single ‘Now’ are the buoyant, no nonsense, in your face style that have endeared the band to their legions of fans over the past seven years. Hayley’s already remarkable vocal skills continue to develop and amaze across the seventeen tracks, sounding fiercely militant and defiant yet yearningly tender when necessary. 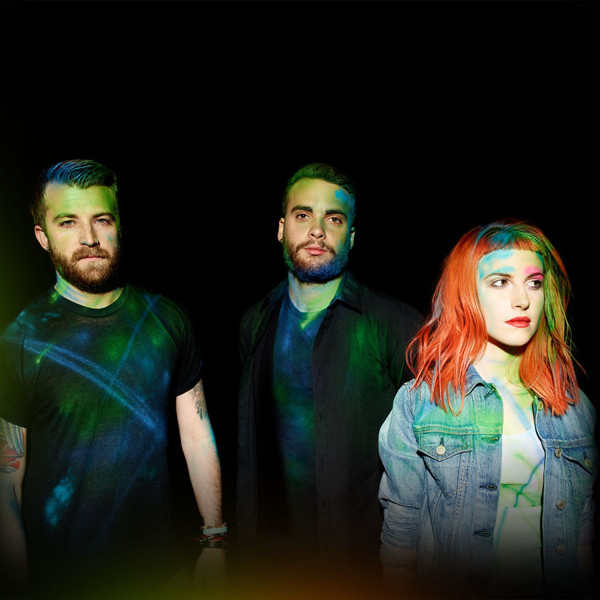 The new album however adopts an array of varying, wide ranging sounds and styles, which means there is something for everyone, from the jubilant and euphoric funk, gospel tinged ‘Ain’t It Fun’ to vintage Americana, 70’s handclaps, string, piano and guitar driven sound of ‘(One Of Those Girls) Crazy Girls’ onto the subtle tenderness and emotional ‘Hate To See Your Heart Break’. For the first time, a Paramore album features interludes, the three simplistic ukulele driven songs offer a different shade and textures – the songs themselves would make interesting full length numbers. Lyrically, the album features some of their most brilliant work, with insightful and wise thoughts – the most arresting featured in ‘Last Hope’ – “but the salt in my wounds, isn’t burning anymore than it used to. It’s not that I don’t feel the pain, it’s just that I’m not afraid of hurting anymore”. ‘Future’ is their longest song to date, weighing in at nearly eight minutes and serves as the album closer and is a mighty soundclash rollercoaster ride that provides absolutely stunning climax to a really very terrific record.

The album and two exclusive bonus tracks can be streamed in full for free by signing up to Rdio.com

Following the amazing lyric video, the band have unveiled the official video to their second single from the album ‘Still Into You’. The track is a sheer delight and absolute highlight from an exceptional album. The video is a blast and sees the band throw what looks like THE best party…