2013, is gearing up to be a phenomenal musical year for the superb Miley Cyrus. Following the end of Hannah Montana and her last studio album ‘Can’t Be Tamed’ in 2010, Miley has taken a break from high profile projects and has centred upon creating new music. For her solo work she has largely been working with Pharrell Williams on her fourth album, which is expected later this year and is certain to be an incredible listen. 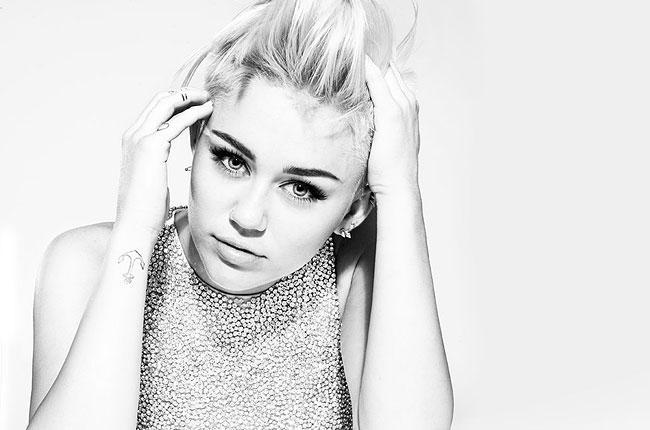 In the meantime, whilst fans wait to hear her solo work, Miley has provided guest vocals on two new mighty and wholly exciting tracks, each marking a departure from her previous stye and sound. In recent years, Miley has been a very fine collaborator, having provided vocals for tracks by Timbaland, Brett Michaels and Borgore, so it’s no surprise that she excels on the two new tracks.

FIrstly, Miley appears on the new will.i.am album ‘#willpower’ which is to be released on 22nd April and incidentally can be streamed in full via Will’s YouTube channel. The track ‘Fall Down’ begins with a somewhat similar sound vein to that featured on Ke$ha’s recent hit single ‘Die Young’ before giving way to will.i.am’s distinctive futuristic beats and dramatic flourishes, before the track switches and becomes cinematic and strings driven to its climax. ‘Fall Down’ makes full use of Miley’s powerful, smokey and sensual vocals – she sounds refreshed, liberated and uplifted.

Many have been surprised to hear that Miley has worked with Snoop Lion (Snoop Dogg) on the song ‘Ashtrays And Heartbreaks’. The pairing seems unlikely but works extremely well, Miley distinctive husky and lazy vocal delivery actually makes the track emerge as something quite special and the genre works wonders for Miley, sounding at home and comfortable within the reggae beats.