It has been (nearly, almost) three years since the extremely wonderful and completely incredible Eliza Doolittle released her joyous self-titled debut album and since single releases, promotional duties both here and abroad and sold-out headline tours were completed in 2011, it has been an agonising wait at times for new music. However, withdrawal was eased with thanks to a Twitter update here and there, a delightful free Christmas EP and the recent gigantic collaboration with Disclosure, which has almost made the wait for her return seem less painful. 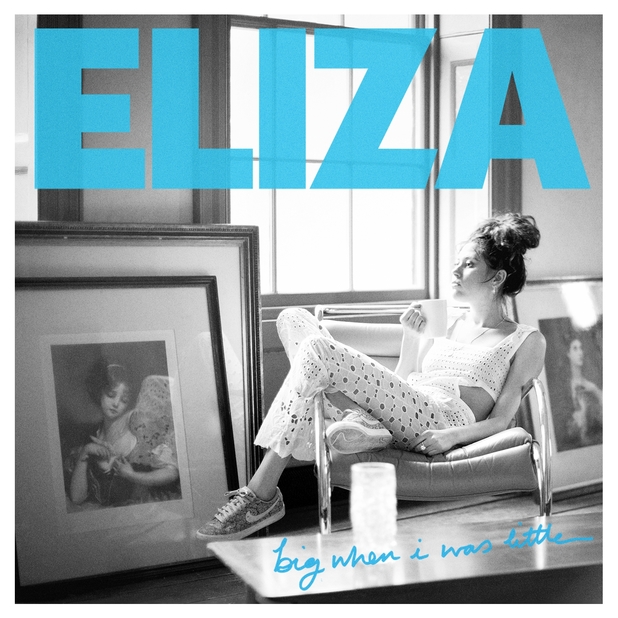 Following the teasing sneak preview earlier this week, the full version of the new single ‘Big When I Was Little’, complete with fantastical lyric video has now been unveiled. ‘Big When I Was Little’ is all kinds of brilliant – it retains that effortlessly familiar, easy feel-good sound captured across her debut record but vamps it up so that this time the sound becomes more defined and pronounced… for instance, the beats are bolder, the horns are louder and the vocals are even more stunning and impressive.

‘Big When I Was Little’ sounds like a perfect summer day, the upbeat, carefree throwback styling evokes a rush of reminiscence that awakens and imbibes the spirit. Lyrically, it is smart and quirky with references to all things nineties such as Posh Spice, Nintendo, cassette singles and even the divine Ms. Lauryn Hill. Altogether, it is entirely playful enormously and hugely infectious – resistance is absolutely futile ESP within the refrain “like ‘Malcolm In The Middle’, that was big when I was little” which blissfully swirls around in the brain somewhat continuously.

Give it a go and revel in all its gloriousness…

As we mentioned the other day, ‘Big When I Was Little’ was co-written by Eliza alongside the mighty and formidable Wayne Hector and Steve Robson who amongst them have written and produced monster hits for the likes of Paloma Faith, Christina Aguilera, Honeyz, Five, Girls Aloud, Toni Braxton, Olly Murs, Def Leppard, James Morrison, Busted, Tina Turner, Lily Allen and Take That to name a very select few!

The gorgeous artwork for ‘Big When I Was Little’ appears above. The single is backed by Eliza’s stunning solo piano version of ‘You And Me’ and will be available to pre-order from 17th June ahead of its official release on 28th July.

Eliza will make her live return at a secret location in London on June 20th in partnership with Appletiser for which she is brand ambassador. Tickets are up for grabs here with the giveaway ending 15th June, so be sure to enter before then.