Hello everyone, APOLS for the briefness or lack of updates – this exam marking malarkey impedes the world of pop unfortunately! However, despite the fact these are probably old to the internet, here are some of the new video’s to singles that we’ve recently been enjoying very much indeed…

Firstly, Eliza Doolittle teased that she was on the set of a video shoot for her forthcoming single on Friday (31st May) and posted a picture from the shoot on her Twitter account! HOORAY – new music from Eliza… 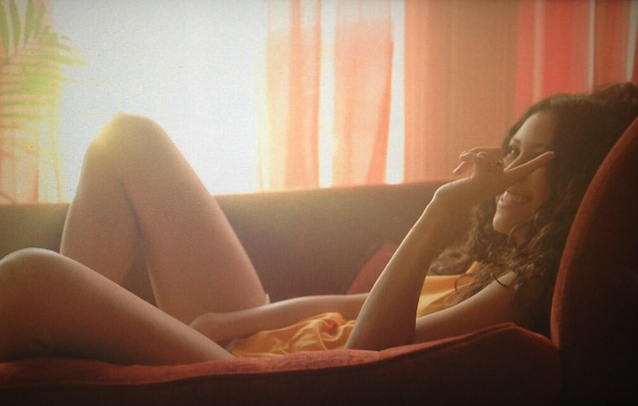 And, this is what we know about the lead track from her forthcoming second album… the single is titled ‘Big When I Was Little’ and was co-written by Eliza alongside Wayne Hector who previously penned enormous hits for The Wanted, Olly Murs, Nicki Minaj and Girls Aloud, to name only a few. The track was produced by Steve Robson whose credentials are equally vast having worked with Paloma Faith, Christina Aguilera and Leona Lewis amongst many others.

Best of all, here is a teaser of what to expect from the single – complete AMAZINGNESS!!!

The wondrously amazing and elegantly graceful India.Arie is back with a new single titled ‘Cocoa Butter‘ which is the first release for her forthcoming fifth studio album ‘Songversation’ which is available from 25th June.

Lyrically, the songs speaks of getting over a former love and embracing a new romance which has positive healings, just like the cocoa butter itself. The video for the song is a similarly positive, sensual and luxurious affair too…

‘Cinderella‘ is one mighty return and Ms Vickers makes a splash in the video for the lead track to be lifted from her forthcoming sophomore album ‘Music To Make Boys Cry’.

The video is a lavish affair in which Diana attends a modern day masked ball only to flirt outrageously with a rather handsome chap before it all gets a bit steamy at the end too… ooo’er! ‘Cinderella’ is released on 21st July.

Katy has debuted the video for the first single from her forthcoming second studio album, ‘What Love Is Made Of‘ and it’s a gloriously upbeat and infectious track which now has an equally brilliant video to match. It’s a darkly gritty, fast and furious mix of street racing and street dancing – it’s all very modern isn’t it! The track itself is due for release on 7th July.