*A video for the latest BANKS single ‘Waiting Game’ has premiered. There is nothing else to add to since we wrote about it before, when noting – “stylistically, it is richly dark and intense, the fragile beginnings, pulsating baseline and celestial, hymnal quality to the vocal adds to the collective drama of the piece. The way in which the track rises to giddy heights and falls to the quietest lows is captivating and engulfing.” Although, we can add that the song has become EVEN amazing more with repeated listens. The visual is just as striking, moody and intense as the song itself.

*PINS are a four piece Mancunian band comprising of members Lois, Faith, Anna and Lara. The band are preparing to release their debut album ‘Girls Like Us’ on 30th September. From it, their label Bella Union are offering ‘Lost Lost Lost’ as a free download. The song is an irresistible listen – there is an anti structural approach to the song that weaves a sound that is gloomy yet melodic and the guitar licks mimic the uneasy but playfully knowing vocal delivery. 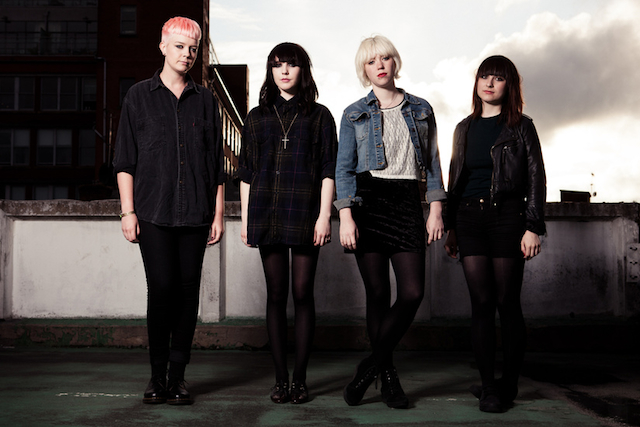 *Chlöe Howl released her debut major label single this week. ‘No Strings’ is a completely brilliant track that is instantly likeable due to the tale it tells and Chlöe’s distinct and unmistakable delivery. The vibrant, energetic beats are choppy and ones which pulsate at volume, the chorus is instantly catchy and evokes the free and spirited within.

Chlöe has announced a live date at Dingwalls in London on 21st November. Tickets are available from 9am on Friday 30th August here.

*Whinnie Williams (Jade Williams) recorded previously as Sunday Girl, in which she collected a sublime catalogue of work without ever releasing an album. Stepping out under the guise Whinnie Williams, Jade has unveiled a new track, ‘Break Hearts In Your Sleep’ – which has a grand, vintage throwback sound that feels both luscious and heavenly… the vocals and delivery are equally elegant and divine.