*‘Wrapped In Red‘, the forthcoming seasonal album from the incredible Kelly Clarkson, now has a tracklisting. The fourteen track affair features five original songs, festive favourites such as ‘Run Rudolph Run’ and ‘Silent Night’ as well as an interpretation of ‘My Favourite Things’ from ‘The Sound Of Music’ (ugh) which strangely seems like a staple on American themed Christmas releases. ‘Wrapped In Red’ is released on 28th October. 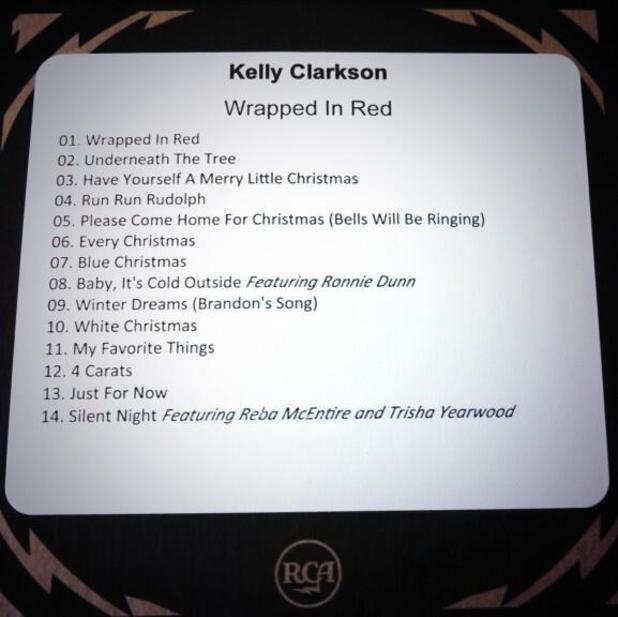 *Gabriella Cilmi has a new single out this week!!! Following the promotional track ‘Sweeter In History‘, which was made available in March, ‘The Sting’ is the official lead single to be taken from her forthcoming album, also titled ‘The Sting’, which is due for release on 4th November. The single is a glossy, impassioned, mid-tempo number that seductively slinks its way into the consciousness, lyrically it holds an underlying dark edge and the groove led bassline over sweeping strings is sublime. It’s all topped off with *that* vocal – strong, powerful and clear yet there is fragility, subtlety and tortured texture to Gabriella’s performance which makes for an intriguing, exciting and irresistible listen.

*Ricki-Lee has showcased the video for her latest singe ‘Come And Get In Trouble With Me‘ and it happens to be a big giant disco romp and an enormous dancefloor moment – it’s a complete romp with choreographed moves, wild unabashed antics and breasts!!!

*‘Atlas’, a new track by Coldplay features as the theme to forthcoming film ‘The Hunger Games: Catching Fire’ which is set for a big screen release on 22nd November. ‘Atlas’ is a grandiose piano led ballad of epic proportions with several suitably rousing guitar solos and a lyric that is both genuinely touching and reflective of the nature of the film series. Chris Martin’s vocal soars and enlightens within the songs simplicity as he sings the chorus ‘I’ll carry your world’ – it is fitting and more than perfect, for the the moment when the film credits roll.

*Icona Pop have provided Samsung with a promotional track that ties in with the release of the companies latest product, the Galaxy Gear smartwatch. Despite that, the track ‘In The Stars (Galaxy Mix)’ has a cosmic, intergalactic sounding backdrop which is glorious and insanely catchy track, complete with the now trademark and expectant punchy vocal top line from the duo.

*In May, representing Norway at the Eurovision Song Contest, Margaret Berger presented on the of THE finest songs ever during the final with the entry, ‘Feed You My Love‘ which resulted in a fourth place finish accumulating 191 points along the way.

Yesterday, Margaret released a new single ‘Human Race’, which is another incredible clash of uplifting, sonically charged electrobeats matched with sci-fi flourishes and outer space bleeps, with Margaret’s despondent vocal delivery adding to the drama of the piece. The lyric speaks of wanting to leave the earth behind upon the realisation of all its negativity and gloom – it doesn’t sound as glib or desperate as our brief, overly simplified synopsis though – it’s actually rather vibrant sounding and completely brilliant. ‘Human Race’ is available to download now from iTunes and is taken from Margaret’s forthcoming third album, ‘Chastisement’.