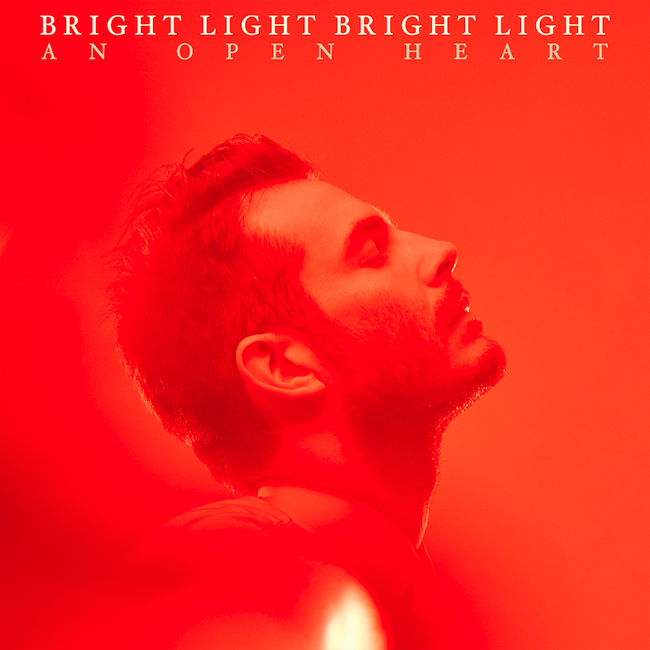 *The heavenly Bright Light Bright Light has premiered a brand new song which is taken from an EP of entirely new material (hurrah), set for release in November. The track titled ‘An Open Heart’ was created alongside the wondrous Ian Masterson (Bananarama, Geri Halliwell, Dannii Minogue) and is a gorgeous slice of instantly catchy, dreamy and uplifting synth led electro pop… the production subtly aids Rod’s warmly tender vocal with sheer perfection. ‘An Open Heart’ offers a sincere, reflective and contemplative lyric “let yourself feel and make yourself believe in all the love that comes to an open heart…” with a mightily addictive double chorus.

*Ahead of the release of her second studio album ‘Aventine‘, the exquisite Agnes Obel has shared a new track titled ‘Fuel To Fire’ via her SoundCloud page. The song captures extravagant, gorgeous moments of striking sounds from the twinkling piano to the haunting vocal and hymn-like grandness. There is a wonderful structure to the song – the extended instrumental breaks between verses adds drama and a vivid, longing elegance and results in a song that is captivatingly beautiful.

*The glorious Michelle Williams has debuted a new song titled ‘Fire’ which will feature on an exclusive Walmart only CD single release of ‘If We Had Your Eyes‘ and will also be included on her forthcoming album ‘Journey To Freedom’ for those outside US territories. The inspirational track is full of impressively rich vocal runs and intricate multi-layered harmonies, whilst lyrically it gives praise to Jesus as she sings, “it feels like fire fire caught up in my bones, don’t leave me alone.” ‘Fire’ is wonderfully smooth and sophisticated.

*Following the release of her incredible and amazing EP ‘Sober‘ earlier this year, Elli Ingram has also showcased a new song titled ‘Canna Butter Kisses’. Once more produced by Felix Joseph, the track is a fresh groove led jam with sublime vintage flourishes such as a stop-start beat, handclaps and horns that makes for an irresistible, memorable listen. The track also provides Elli with the opportunity to showcase her personality, humour and charm against the lyrical mash-up of T-Pain’s ‘I’m Hi‘ and Chance The Rapper’s ‘Cocoa Butter Kisses‘. It’s ridiculously creative and the results are stunningly brilliant.

*Sleigh Bells have shared another track from their forthcoming album ‘Bitter Rivals‘. Much like the album title track and lead single ‘Bitter Rivals’, ‘You Don’t Get Me Twice’ offers a distorted relentless opening which gives rise to a gentler verse before returning to an aggressive sound – it is an intriguing structure and pattern that is repeated throughout the remainder of the song. Incidentally, the softer moments allow the chance to hear the full magnificence of Alexis’ vocal.

*Emeli Sandé and Jamie Foxx join forces with Alejandro Sanz to provide vocals on his latest single ‘The Game Is Over’. The collaboration occurs after Alejandro provided vocals on a Spanglish reworking of Emeli’s monster smash ‘Next To Me’.

*Zedd re-releases his debut album ‘Clarity’ with a deluxe version containing ‘Stay The Night’, which is a forthcoming single featuring Hayley Williams of Paramore. The EDM track allows Hayley the chance to flex her remarkable vocal – there is a gripping pensive sadness in her phrasing that lifts the song to greater heights and which in turn ensures it is separated from lazy comparisons.