Here are some brand new musical offerings for you to enjoy… 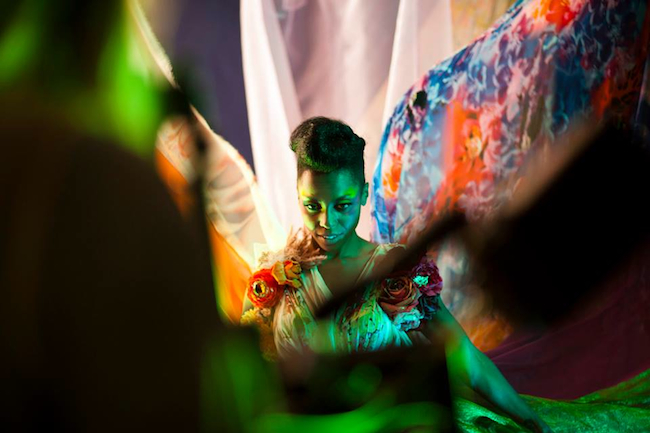 *As previously mentioned, the mighty Morcheeba release their eighth studio collection titled ‘Head Up High’ on 14th October and is preceded by the lead single ‘Gimme Your Love’ which is a groove lead track with Skye’s effortlessly hypnotic and seductive vocals sounding sublime set against the heavy bombastic beats of the Godrey brothers production. The track now has a video to accompany it… the shimmering, dusky technicolour clip offers great charm adding further to the bewitching and mesmerising quality to the song. Sheer gloriousness.

*Sky Ferreira has finally announced her debut album, ‘Night Time, My Time’, which is currently set for a US release on 29th October and follows the single ‘You’re Not The One’ which is available in certain territories from today. The track provides an industrial new-wave, romantic eighties inspired backdrop which sounds divine against Sky’s shouty yet soft and alluring vocal. The Grant Singer directed clip is soaked in the nostalgia of a bygone era and channels a similarly eighties cinematic arthouse vibe.

*In keeping with the disco theme of their latest offering ‘Disco Love‘, The Saturdays have recorded two classics hits that are to appear as b-sides. As well as the Donna Summer hit ‘On The Radio’, the girls have covered the Evelyn ‘Champagne’ King classic ‘Love Come Down’, which is given The Saturdays treatment and turned into a funky yet fluffy and girly reworking.

*MØ has revealed further details of her forthcoming EP, which is to be titled ‘Bikini Daze’ and is set for release on 20th October. Following the extraordinary brilliance of the Diplo produced ‘XXX 88‘, Karen Marie Ørsted has also unveiled another track from the project, ‘Never Wanna Know’ which offers a luscious vintage sixties girlgroup sound – the wall of sound is capped off with rolling drum beats and bell chimes. It also features a suitably heartbreaking lyric “I never wanna know, the name of your new girlfriend”, delivered with a restrained, forlorn and longing vocal tone. ‘Never Wanna Know’ is a melancholic yet exhilarating listen.

*Elle King has uploaded a new track called ‘A Heart That Breaks Is A Heart That Wastes Its Time’ to her SoundCloud page. The song is a simple sun-soaked acoustic song which features the familiar strains of Elle’s banjo and an arresting vocal that swells with the emotion of the lyric – the break in her voice as she sings “the ghosts in this old house, are the only friends of mine” is raw, pure and honest.

*Say Lou Lou have recorded a version of Tame Impala’s ‘Feels Like We Only Go Backwards’, which is currently available as a free download through their SoundCloud page. Elektra and Miranda have reworked the song by stripping back the breezy production of the original and have instead married the magnificent lyric with an atmospheric and moody backdrop, which enables the emotion of the lyric to be fully realised to create a beautifully dejected, swoon making moment of pop.

*Lulu James is an enticing, exciting and thrilling popstar – her material to date has boldly displayed a uniquely ferocious spirit and she continues to impress and deliver with each release and her latest offering, ‘Sweetest Thing’ continues this trend perfectly. This time though, Lulu showcases a softer side with laid back soulful, reggae inspired grooves matched with a sincere and heartfelt vocal, an ode with timeless, universal appeal “say it again, you’re my best friend, we’ll be together until the end of time…”

‘Sweetest Thing’ is released on 4th November following a headline show at St Pancras Old Church on 30th October with tickets on sale from Friday (27th September). Lulu will also open for Ellie Goulding during her October UK dates.