We do love a bit of Miley Cyrus yet it seems that everyone is intent on getting their knickers in a twist over her apparent wild antics of late. All the faux outrage and jumping on the bandwagon passed us by and we’ve simply been focusing on, revelling in and thoroughly enjoying the fruits of her creative outputs. 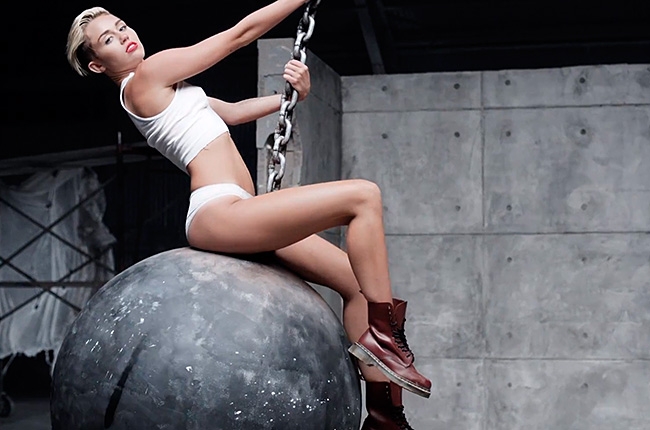 Firstly, the track ‘Wrecking Ball’, which was initially offered as an instant download to users pre-ordering ‘Bangerz’ through iTunes, now has a video. The song is a thundering Dr. Luke production which is a lyrically frank, atmospheric, brooding sonic assault. The video offers a heartfelt ode with immeasurable emotion, the honesty and intensity captured in Miley’s performance is refreshingly astounding.

Miley announced the tracklisting to the standard edition of her forthcoming album ‘Bangerz’ via Twitter earlier this week. The record will include an appearance from Britney Spears on ‘SMS (Bangerz)’, as well as feature spots from Nelly, Future, Big Sean and French Montana. ‘Bangerz’ is to be released on 7th October here in the UK.

A one-hour documentary for MTV titled ‘Miley: A Movement’ will air in the US on 2nd October and a day later in the UK on Thursday 3rd October. More details and a clip can be found at MTV.

“J’s on my feet” Miley has provided vocals to the Mike WiLL Made It single ’23’, the producers debut track also features appearances from Wiz Khalifa and Juicy J. Miley flows and rhymes with the best of them, adding lustre to the track…