Hello everybody, here are a few new videos that caught our eye this week… 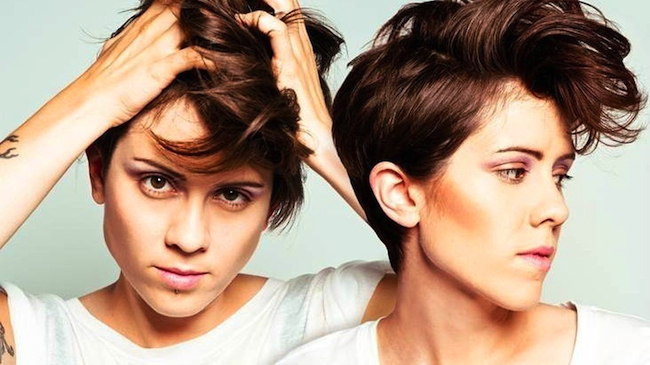 *Tegan And Sara’s latest album ‘Heathrob‘ remains one of the most brilliant, completely amazing and devastatingly heartbreaking albums of the year. The sisters return with the third release from the record, the gorgeously shimmering ‘Goodbye Goodbye’ is a wistful, melancholic ode which speaks of the end of once a relationship. The visual clip sees the songs lyrics acting as a Dear John letter and being sent in a variety of ways whether digitally, on paper or sung.

*Solange showcases the third video to accompany a track from her magnificent EP ‘True‘. ‘Lovers In The Parking Lot’ is a downbeat but funky song which speaks of love, regret and disappointment, it’s a song which showcases her impressive vocal range too. The video is set after hours in a shopping mall and most delightfully, shows Solange perform an irresistible freestyle routine.

*J Cole has created a heavy hitting, inspirational video for his single ‘Crooked Smile’ which is dedicated to and tells the story of Aiyana Stangley-Jones, a 7-year-old American citizen who was killed during a police raid in 2010. It’s a video that shows that there is always more to every story, and offers that such an event has long lasting repercussions. The thoughtful, reflective verses features vocals from TLC during the choruses.

*Following the recent release of the single, ‘The Sting‘, Gabriella Cilmi showcases ‘Symmetry’ as the official second single to be taken from her forthcoming third studio collection titled ‘The Sting’. The track has a driven piano hook against a looped drum back beat, it creates a dramatic, moody and stirring atmosphere especially with the addition of strings during the second verse. Gabriella’s voice is effortless and seductively alluring. The expansive, epic backdrop of the video adds to the overall emotion beautifully.

*Finally, Justin Timberlake has unveiled a new track titled ‘TKO’ from his forthcoming album ‘The 20 /20 Experience – Part 2‘. The song is a furiously addictive Timbaland production has a classic vintage Justin sound with stuttering, clattering layered drum beats complete with falsetto and beat-boxing elements.